Banks recognize need to address culture before and after a merger

Franklin, like TowneBank, had a strong capital base and was showing near-record profitability. Moreover, because all eight Franklin branches are in the Richmond area, the deal would allow TowneBank to expand its footprint west to the Virginia capital.

However, what finally sealed the $275 million deal was the fact that the two institutions shared a similar corporate culture, says G. Robert Aston Jr., TowneBank’s chairman and CEO.

“The first time I visited Franklin, it didn’t take long to recognize that how they dealt with each other and with their customers was very, very comparable to the way we approach things,” he says. “Having a similar culture is critical to us. In fact, we have walked away from some very attractive potential transactions where culturally the fit would be like oil and water.”

Bringing together two relatively similar organizations is not without its bumps and hurdles, of course, but a drawn-out and difficult cultural integration can result in problems that could cancel the deal’s benefits, Aston says. These pitfalls include a drop in employee morale, the loss of top personnel and customers, declines in productivity and efficiency, and weaker earnings performance.

Giving culture its due
A successful merger or acquisition involves four elements, says L. Jay Bourgeois, a business strategy professor at the University of Virginia’s Darden School and a senior fellow at the Center for Global Initiatives. Those elements are: strategy, vision, operational logistics (including integrating IT systems and processes) and culture.

“They’re equally important, and they’re interdependent,” Bourgeois says. “Getting one wrong will have implications for the others, so they all have to be addressed.”

During a deal’s due-diligence process, it’s easier to analyze revenue and expense trends than it is to determine how corporate values, communications style, institutional work ethic and the relationships between management, employees and customers will impact post-merger operations.

Giving corporate culture low priority is a mistake, especially for community banks, which rely heavily on relationships to attract and keep customers, says Bruce Whitehurst, president and CEO of the Virginia Bankers Association. “When you’re talking about introducing to your organization a whole new set of employees who are anxious about their jobs and their future, then I think culture has to be very high on the list of things to tend to and look after,” he says.

The 2014 Bank M&A Survey, conducted by Indiana-based Crowe Horwath LLP in association with BankDirector.com, bears out that conclusion. While only 23 percent of respondents cited cultural fit as the biggest challenge their boards of directors expected to contend with in an acquisition, 43 percent said that, after the deal was completed, cultural compatibility remained problematic.

G. William “Billy” Beale, CEO of Richmond-based Union Bankshares Corp., says that bridging the cultural divide has become more challenging as the pace of banking mergers and acquisitions has picked up.

In May, Beale’s company completed its acquisition of Charlottesville-based StellarOne, which before the deal had 56 branches and 700 employees throughout Central and Southwest Virginia. The $445.1 million all-stock deal made Union First Market the largest community bank in Virginia (with $7.1 billion in assets) and one of the 90 largest banks in the country.

“It was a significant acquisition — StellarOne was 75 percent of our size, but the analysts and institutional investors were only going to give us about nine months to get it together, and when we didn’t immediately get the loan growth they were expecting, they took 15 percent off of our stock price,” Beale recalls. “So the patience of some is not what it used to be, and, as a result, culture is becoming more important, because the faster you can go and get everybody assimilated and moving in the same direction and performing, the better.”

Bringing people up to speed
In recognizing this situation, Union First Market officials, like those at TowneBank, now take time to assess carefully the culture of a potential acquisition for compatibility.  They also start early in educating incoming employees on the bank’s values, processes and culture.

For example, Beale explains, his bank has sometimes conducted upfront surveys of acquisition employees to determine exactly what types of cultural gaps exist so they can be addressed with training, communication strategies and other supportive measures. A year after the merger, his team surveys employees a second time to find out how the integration is going, what gaps still remain and what concerns employees have.

“Those types of surveys are really critical to finding out what’s really going on with the cultural integration, because otherwise, frankly, you’re just guessing,” Beale says.

TowneBank provided its newly absorbed Franklin employees with an early-stage introduction to the company’s philosophy, vision and culture right after the merger was announced and then held a more intensive orientation among smaller groups of teams.

“The more we can expose folks to our company, the quicker they’ll come along and the more comfortable they’ll feel,” Aston says. “But we keep on reinforcing our style and culture and the whys at each step along the way because no matter how much time you put into it upfront, it’s still going to take a while, at least a year, for them to quit looking forward to the past and get focused on their future with us.”

More recently, acquiring banks have begun assessing for cultural fit during the due-diligence phase and then building any expected cultural challenges into the overall plan, says U.Va.’s Bourgeois, who teaches, among other courses, an MBA elective on successful post-merger integration.

“I am actually now seeing some of the financial modeling for bank acquisitions include what’s called an integration risk premium,” he says. “It basically says, ‘We know there will be bumps, and we know that there is some downside risk to our expectations, so we’ll build that into our model.’”

The difficulty with effectively addressing culture is that no two companies or acquisitions are alike, and efforts to align the different cultures can run into trouble at various points, especially at the beginning when emotions are running high and when employee layoffs start to occur, says Whitehurst.

“It’s really important to come in and be extremely straightforward and honest by saying, ‘Here’s what we can tell you now about how we think this is going to go and here are the things that we don’t know yet or are not yet in a position to be able to say,” he explains. “And then you should pay attention to and talk about the shared vision and the shared values that everyone does have. I think if you do that, you will greatly reduce the likelihood of doing things you will later regret and improve your odds that the new employees will find your culture attractive and appealing and be more willing to get on board with it.” 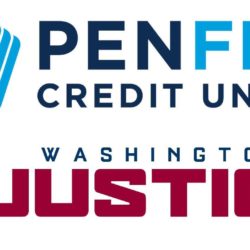