Clayborne has led state chapter of architects' association since 2017

Corey Clayborne, who has served as executive vice president and CEO of the American Institute of Architects Virginia since 2017, is moving up to the national organization.

Clayborne will serve as senior vice president of knowledge and practice at the AIA’s Washington, D.C., headquarters. His last day with AIA Virginia is June 17, according to a news release.

“AIA Virginia has been extremely blessed to have benefited from Corey’s leadership and vision,” AIA Virginia board President Robert Easter said in a statement. “We wish him great success in this new position of professional leadership.”

Clayborne earned his degree in architecture from Virginia Tech and spent 13 years in practice before taking the helm at AIA Virginia in 2017. He received the state organization’s Award for Distinguished Achievement in 2016 and the AIA’s Young Architects Award in 2017. In 2020, he was elevated to the AIA’s College of Fellows, its highest honor, for his efforts to create a more diverse and sustainable leadership pipeline to the profession.

“This is a tremendous opportunity to work alongside a dedicated and dynamic staff team to equip and position architects around the globe with the resources to lead in the fight against the climate crisis while maintaining a commitment to shaping healthy equitable communities,” Clayborne said of his new position.

A search committee is being formed to fill Clayborne’s vacancy.

Susan Reed has more than 20 years of historic preservation experience. 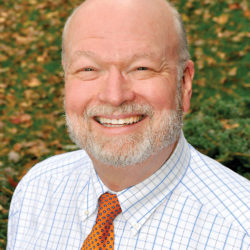