Impact investing grows across the commonwealth

In May 2013, she founded Alexis Advisors in Richmond to advise clients who want their investments to have a social impact. In 2016, her firm became became a certified B Corp,  joining a growing number of for-profit companies that strive to use the power of markets to solve social and environmental problems.

She is part of a nascent trend in Virginia, impact investing. It involves investing in companies and other organizations seeking to bring about positive change. In exchange, investors are willing to take smaller returns on their investments.

Impact investing in the commonwealth represents “stewardship over hundreds of millions of dollars,” according to a report released in September by the Virginia Impact Investing Forum (VIIF), a group promoting the movement. Nonetheless, specific figures do not yet exist on how much impact investing is occurring in Virginia. 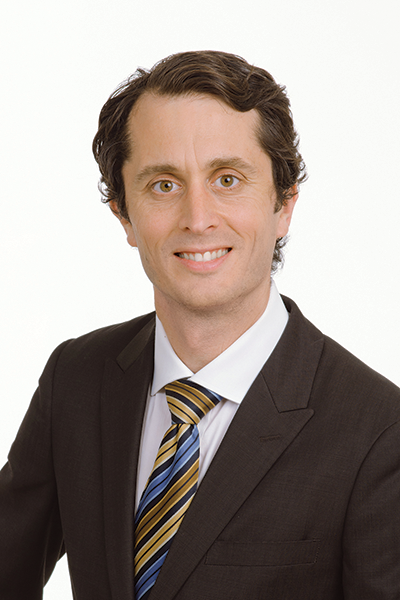 “While we can all celebrate these commitments, it is also fair to suggest that Virginia is in the beginning stages of cultivating impact investing practices across every sector of its capital economy,” says Matthew J. Illian, VIIF’s managing director, in the report’s introduction. “We envision a future in which all assets are managed with an intentional strategy to examine social and environmental impact.”

The 36-page report features more than a dozen articles on impact investing across a wide spectrum, by geographic location or areas of interest. The investment targets vary, such as promoting affordable housing in Richmond and economic revitalization in Southwest Virginia.

The impact investing movement in Virginia took root several years ago, but more concrete efforts have been made in the past year to encourage investments tied to a social purpose.

VIIF was formed three years ago by representatives of NRV, a Richmond-based venture capital group focused on early-stage companies, and Virginia Community Capital, a community development financial institution. In the past year, VIIF developed a working board of advisers and provided funding for staff.

In April, VIIF held a panel discussion at the annual Tom Tom Founders Festival in Charlottesville. In addition to publicizing socially responsible investing, the event was an opportunity for VIIF leaders to build coalitions.

In early October, private-sector investors, nonprofit representatives and government officials gathered at the Virginia Impact Summit, hosted in part by VIIF. The two-day gathering in Charlottesville sought to strengthen partnerships and accelerate the growth of impact investing.

“The timing was just right because impact investing has been growing significantly in the financial ecosystem for some time now,” Illian says.

Among those attending the summit was Gov. Ralph Northam.  “Investing in companies, organizations and funds to generate positive social impact will enable the commonwealth to combine policy innovation with financial innovation,” Northam said in a statement after the summit.

“It is great to convene the Virginia Impact Summit to further explore how impact investing can serve as a game-changing tool that both addresses policy challenges and grows our economy.”

Keller, who attended the summit and sits on the VIIF board, says the financial services industry has adopted the trend, but individual investors need education. “A lot of people don’t know what impact investing is or how to do it,” Keller said.

For example, a broker can install filters for socially responsible investments or invest in a fund for Community Development Financial Institutions.

While the scope of impact investing in Virginia still is difficult to determine, the movement appears to be growing around the world.

In the seventh edition of its “Annual Impact Investor Survey” released in May 2017, the Global Impact Investing Network said 208 respondents were managing a total of $114 billion in social-impact assets. The group’s report on impact-investing trends found that these assets grew 18 percent a year from 2013 to 2015.

In Virginia, several foundations have committed 10 percent of their assets or more to impact investing, Illian says.

One early player in the trend has been Cincinnati-based Bon Secours Mercy Health, a not-for-profit Catholic health system, which has four hospitals in the Richmond area and three in Hampton Roads.  Since 2008, Bon Secours has allocated more than $34 million to impact investments, or roughly 2.6 percent of its $1.3 billion long-term investable assets. The largest share of Bon Secours’ impact investments is tied to affordable housing, but the health system also invests in community centers, charter schools and other projects benefiting their communities.

Bon Secours’ Community Investment Program aims to invest up to 5 percent of its long-term operating assets in low- and moderate-income communities, according to Edward Gerardo, a social impact consultant and former director with Bon Secours Mercy Health System focused on Community Commitment and Social Investments.

The investments range from $250,000 to $4 million, which is typically more than most grants from foundations or nonprofit entities. In return, Bon Secours accepts a financial return of 2 to 2.5 percent, according to Gerardo.

Bon Secours’ actions reflect the early roots that impact investing had in faith-based communities. At first, socially responsible investing mainly focused on avoiding specific industries, such as cigarette or gun manufacturers. Now the trend is to make improvements in the community.

“The history of religious and faith-based communities in investments is to ask: ‘Does it reflect our mission and values?’” Gerardo said.

The Interfaith Center on Corporate Responsibility, for example, was formed in 1971 when faith-based founders sought to restrict investment in South Africa because of its system of racial segregation, apartheid. The center’s more than 300 institutional investors now represent more than $400 billion in managed assets around the globe, according to its website.

“This whole effort was birthed by hippies and nuns, and now it’s becoming much more accessible to traditional investors,” Illian says.