Life has changed for many Virginia chief financial officers since the Great Recession.

Virginia Business asked five nominees in the 10th Annual Virginia CFO Awards to recount how their jobs have changed since the financial turmoil of 2007-09. 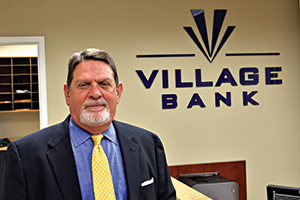 For C. Harril Whitehurst, chief financial officer of Village Bank in Chesterfield County, the onset of the recession is a dark memory.

The bank had been rapidly growing, from $80 million in assets in 2003 to $600 million by the time of the recession.  Chesterfield was a hotbed for residential development, and Village Bank rode the wave. Then, the real estate market tanked, and property values plunged.

Whitehurst says the bank had concentrated too much on Chesterfield real estate and learned a hard lesson.

“We had a lot of good people who couldn’t handle their debt,” he says with sadness in his voice. “They just turned over their keys to us.”

Whitehurst says his job became harder, as the bank struggled to contend with tens of millions of dollars in bad loans and foreclosures.

Then, Village Bank came under regulatory review. In 2012, the bank entered an agreement with regulators to improve its capital levels and asset quality as part of its participation in the Troubled Asset Relief Program (TARP). The program offered a way for banks and other financial institutions to raise capital levels after the meltdown in financial markets.

“To get us into compliance with regulatory requirements, we raised $14.6 million in capital,” Whitehurst says.

The bank now is capital compliant and is poised to begin growing again, he says. But the journey back has, at times, been emotionally and physically difficult.

“This bank means a lot to me,” Whitehurst says. “There have been many nights I have gone and prayed, ‘Please, help us get through this.’”

During the next five years, Whitehurst says, he will be working to build shareholder value, instead of dealing with regulatory pressures.

“I’m as excited as I’ve been in a long time,” he says. “We’re headed in the right direction.” 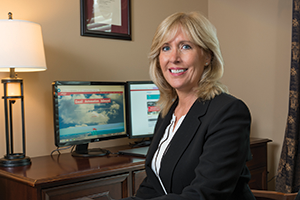 For Sue Wood, CFO of HighRoad Solution in Ashburn, the recession was a speed bump that slowed things down, even as sales kept climbing year over year.

HighRoad is a digital marketing company that provides automated and integrated solutions to nonprofits and associations.

Wood says some of her company’s customers, still stinging from the effects of the recession, have been slow to invest in technology and change their systems.

“But we’re poised when [the market] comes back around,” she says. “We see tremendous growth potential.”

Being a CFO in a small startup company (with 17 employees as of June) means that Wood has her hand in a lot of different departments.

For example, she has established all of the company’s human resources procedures, policies and benefit programs and also manages all payroll and invoicing responsibilities.

Wood has traveled a varied career path during her work life. At one time, she was president of Town & Country Mortgage and Investment Corp., controlling an investment portfolio of more than $300 million and managing a 50-plus-person staff.

Later, she started a consulting firm, WestWood Consulting. She was raising three children but still wanted to work. Having her own company made this arrangement possible, because she could manage her time.

Wood says she counseled her daughters that it is possible to raise a family and have a good career.

“If you don’t go after things, you’re not going to get them,” Wood says. 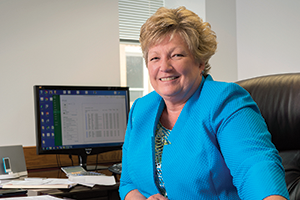 Jeanne Colvin, director of finance for the city of Staunton since 1992, is also the CFO of the city schools.

“I don’t know of anybody else who does this,” she says.

The arrangement began about five years ago when the school superintendent and the school system’s finance director left in the same year.

The school system asked Colvin if she, on an emergency basis, could help put together the school budget. She agreed. Since then, with some restructuring in the city’s finance office, she has kept both jobs.

Colvin says that the move was not directly caused by the recession, which depressed property values and municipal revenues, but there was a link.

Every year since the recession hit, the city annually has looked for ways to trim the payroll when someone retires or leaves. “We eliminated 26 positions [citywide] between 2009 and 2013. We’re slowly recovering,” Colvin says.

When she’s not balancing the budgets of the city and the schools, Colvin and her husband are busy raising their grandchildren, following the death of their son a decade ago.

Colvin says she tried to balance her life the way she balances budgets. “I tell my boss I’ll retire when I stop having fun. As long as I can laugh, I’m OK,” she says.

A varied career
Kathy Davis, controller of New Ravenna Inc. in Exmore, has worked in finance and bookkeeping throughout Virginia’s Eastern Shore following the ebbs and flows of the economy and the job market.

“I have worked in construction, petroleum services, a country club and the school system,” she says, noting that the list doesn’t stop with those jobs.

She joined New Ravenna, a manufacturer of handcrafted mosaic tiles, in 2013 and quickly rose from the staff accountant to controller.

Last year, the company, founded in 1991, was recognized as Virginia Exporter of the Year. It has 110 employees and an expanding market for its products.

Among the many improvements she has put in place has been a system to have the company’s invoices paid 14 days faster than before.

New revenue streams
Nadia Anderson, CFO of the Girl Scouts of the Commonwealth of Virginia, lost the CFO job she had at a large church soon after the recession struck. Donations declined, and the church budget was cut sharply.

But she learned a valuable lesson from the experience. “Nonprofit entities have to have different revenue sources,” Anderson says.

When she took her current job about three years ago, she soon realized that the biggest source of revenue for the Girl Scouts is selling cookies.

Since then, she and other Girl Scout leaders have been reaching out to corporate and industry groups that might be interested in the Girl Scouts’ mission of helping girls ages 5-17 develop courage, confidence and life skills.

Anderson, who holds bachelor’s and master’s degrees from the University of Virginia, was herself a Girl Scout.

“The Girl Scout leaders I had were models in the community. They were great women, and the training I received helped me get to this point,” she says.