Home News Industries Education A step up the ladder

A step up the ladder

Internships often help college students learn what they want to do as a profession by expanding their horizons, providing on-the-job experience or helping them change paths to follow a new passion.

For instance, an internship helped Virginia Commonwealth University student Oscar Kemp discover that his interest in domestic social work applied just as well to international policy. Another Ram, Kimesha Robinson, decided to switch her major from accounting to finance. And Chadwick Davilsaint kept doing what he loves — performing arts — but he got paid for it.

All three VCU undergrads were beneficiaries of the university’s new Internship Funding Program, which started this summer. A total of 51 students received up to $5,000 each to supplement unpaid or underpaid internships.

The university’s new funding program is vital, says Megan Hollis, VCU Career Services’ associate director of health sciences career advising. Although many students would benefit from internship experiences, often those who come from middle- to lower-income households cannot afford to take on nonpaying or low-paying internships.

“A lot of students have to make the choice between working a [paid] job and getting experience” via an internship, she says. “This way, they don’t have to work part time” to cover living expenses while interning and can concentrate on learning skills and networking opportunities.

In the past, when internships were rarely paid, only students with independent income or family wealth could participate, and although more interns receive pay now, access is uneven. Less than one-third of recent graduates participated in a paid internship, Strada reported, and “Black and Latino students, women, low-income and first-generation students are less likely to experience a paid internship.”

However, programs like VCU’s Internship Funding Program aim to increase access to internships with funding. More than 40% of the first group of VCU recipients are first-generation college students and almost half are eligible for financial need-based federal
Pell Grants.

“Being a Black student from a low-income community, my scope was limited,” Kemp says. He knew about social services jobs in the United States, but adds, “I didn’t know I could work for something like USAID [U.S. Agency for International Development] in Africa.”

The institute gave Kemp and his colleagues extensive training in economics, statistics, health care policy and writing to prepare them for graduate school and for leadership roles in public service.

“I was meeting diplomats. We were crafting statements. We did a policy memo. They were trying to get us into the swing of things,” he says.

As part of the program, Kemp received a stipend, but VCU’s funding “closed the gap,” he says. “The internship program helped me get there and it helped me excel in that program.”

The six-week program is designed to give students from underrepresented groups a pathway to opportunities in the financial sector. It focuses on building general business skills and exposes participants to various areas of the financial industry.

Although Robinson received a paid internship through JPMorgan, it wasn’t enough to cover her living expenses. “New York is super-expensive. It’s something I had no idea how to get help with,” she says.

Without additional help from VCU, she adds, “I don’t think I would have been able to go to JPMorgan. I was able to take advantage of opportunities. I was able to network. I got to meet a couple of vice presidents. I could stay late or come in and talk with those people,” she says, instead of perhaps having to take on a part-time job to make ends meet.

Also, Robinson says, she made a difference in others’ lives. “I got to work with a bank that helps disadvantaged groups in Mississippi and Arkansas. I helped them get clients who were usually targeted by payday lenders.”

The VCU program not only provided funding for living expenses but also gave “super-helpful” career support, according to Robinson. “They helped me navigate through the process” of applying for the internship and “they reached out to the company on my behalf” when a problem arose.

Back in Richmond, theatrical performance major Chadwick Davilsaint spent his summer as an intern at The Conciliation Lab, a social justice theater company that collaborated with VCU’s arts school.

He had the chance to help create an original script — titled “Whitesplaining” — based on research and interviews to explore whiteness through the lens of systems such as media, religion and education.

“It was very personal and emotional to be able to go through this process,” says Davilsaint, who also was a cast member in the September production. “My professor said it’s like birthing a child. It’s been a process of unlearning and looking at things from a new perspective.”

Davilsaint had been prepared to work for free at the nonprofit theater but says he was grateful to have the extra funding, which went toward housing, food and transportation.

“The internship helped me so much. I have no car; transportation is hard. I don’t have a good financial background,” he says. For students like him, he says, having the safety net of the Internship Funding Program “alleviates fear.”

As many workplaces tackle the issue of hiring a more diverse workforce, expanding access to internships makes a difference to employers, too.

Diana Villarreal, director of volunteers and community engagement for Ronald McDonald House Charities of Richmond, leads the nonprofit’s unpaid internship program, which is crucial to its support of families with critically sick children.

Villarreal typically works with five to eight interns per semester, and VCU’s Internship Funding Program has allowed some students to intern there who otherwise couldn’t afford to give their time, she says.

One VCU student — Nejla Pašic — who applied for the summer term “blew us away in the interview,” Villareal says. “We had her come onto an internship role at a little higher level. She had the ability to take on more” at Children’s Hospital of Richmond at VCU.

Pašic — a health, physical education and exercise science major with a minor in psychology — spent time interacting with patients, parents and siblings and distributing coffee, snacks and toys. She also helped oversee the family sleep rooms, places that are reserved for caregivers of the critically injured or ill children.

Pašic says she benefited from the educational experience at RMHC. “At first, I was interested in a different career path, but now I want to stick with nonprofits. It’s really great.” She also appreciated the practical benefits of the funding from VCU. “It helped me with gas. Gas was very pricey this summer.”

The internships are a win-win for both RMHC, which benefits from the skills and enthusiasm of interns like Pašic, who gain valuable experience from the organization, Villarreal says. “We help them think through their area of study and connect them with other professionals. We want to provide great professional development and work experience that helps them decide the next steps they want to take.”

In addition, she says, “we also want the students to get a solid foundation of how a nonprofit operates, in case they choose to go into the nonprofit area.”

Beyond administering VCU’s Internship Funding Program, Hollis also is tasked with evaluating applicants, sending out information, helping them negotiate the professional world and sometimes assisting them with budgeting.

Hollis used the National Association of Colleges and Employers’ career readiness survey, which examines teamwork, professionalism, self-development, communication and other measures to help students evaluate their own competencies.

“They rated themselves at the beginning and at the end. It pushed them to think critically about what experiences they had and where they want to go,” after the internship, she says.

The decision to launch internship funding at VCU, Hollis says, “came out of our strategic plan. We learned from peer institutions. We did benchmarking with a lot of schools. We tried to tailor it to best fit our students’ needs.”

Overall, “we got positive feedback” from the first round of funding, Hollis says. The program “did exactly what we wanted it to do. It relieved [financial and life] stress.”

Kemp is now back at VCU as a senior and is researching graduate schools.

His experience this summer “shifted my graduate program focus,” he says. “Prior to this program, I believe I would have gotten a graduate degree in social work. I didn’t realize there were other things, like international affairs.”

Now, he is asking himself, “‘How can I take my social work background into international affairs?’ I’m taking French and a minor in public management.” Also, Kemp plans to travel to Rwanda during winter break, a trip devoted to “peace, healing and conflict resolution.”

Davilsaint, a junior, plans to continue his acting training. But he’s also becoming more focused on the financial realities of the entertainment industry, which is notoriously hard to break into.

“From here I’m going to develop my financial intelligence. I have to take the initiative,” he says. “I’d like to leave college with an investor mindset, so I never give up my soul to another man or money.”

After Pašic’s successful internship with RMHC, Villarreal says the organization offered the senior a part-time position as family services coordinator. “She was such a wonderful presence. She was building relationships in a professional manner and reducing stress for families.”

Robinson, who has “a couple of semesters left” to complete, says her Wall Street internship “helped me refocus on what I wanted.” She’s switched her major from accounting, because “I found out finance has such a broader reach.”

And she’s going back to JPMorgan Chase next summer: “I just got a contract.” 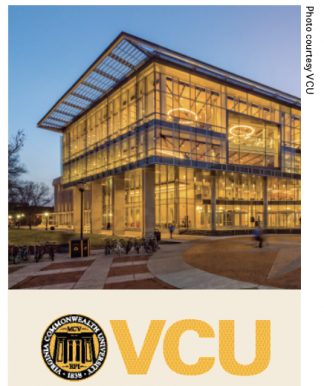