Jeremy Caleb Johnson is advising clients preapproved for a mortgage loan at the beginning of 2022 to adjust expectations.

The price of houses they may have looked at just months ago likely not only went up significantly, but the low interest rates available then have also risen dramatically.

“What you may have been able to afford in January of this year, you can’t afford that now,” says Johnson, an agent and associate broker with Long & Foster/Christie’s International Real Estate in Virginia Beach. “We all have places that we would prefer, neighborhoods and parts of the city that we would prefer to live in, but we may not be able to do that now.”

Tight inventory across Hampton Roads caused the median sales price (MSP) for a home to rise from $300,000 last year to $322,500 in July, according to a market summary from Real Estate Information Network Inc. (REIN), the multiple listing service that covers the region from Williamsburg east through Virginia Beach and south across the North Carolina border.

“A house in Virginia Beach is going to be a little more expensive than a house in Chesapeake,” says Johnson, chairman-elect of the Hampton Roads Realtors Association. “A house in Portsmouth is going to be less expensive than a house in Chesapeake. Buyers may have to find a little bit of flexibility in their budget to say, ‘OK, I really want to be in Chesapeake, but maybe Portsmouth is OK because I can afford to be in this city, or this part of the city as opposed to that part of the city.’”

There are signs that the market is starting to soften due to higher prices and mortgage rates. There were 2,777 pending sales in July, down 19.3% year-over-year and 9.66% month-over-month. Settled sales during that month totaled 2,909, a 23.4% decline year-over-year and down 12.38% month-over-month. Median days on the market were 12 in July, up from nine in June, according to REIN.

“Unlike the 2021 buyer frenzy that we had, we have a more cautious buyer who is very concerned that they may be overpaying for a property,” says J. Van Rose, president of Rose & Womble Realty Co. in Virginia Beach. “They’re still out there. They’re still looking. But instead of getting 15 to 20 offers, we might get two to three, and they’re not well over the list price.”

Rose says he’s also starting to see contracts that include home inspections, closing-costs assistance and other contingencies that might have been waived when the market was hotter.

While buyers are gaining some bargaining power, they have fewer properties to choose from. There were 4,129 active listings in July, down 10.65% year-over-year and up only slightly — 0.36% — month-over-month, according to REIN.

Rose says one group that is struggling to find property they can afford are active-duty military members, who make up a significant portion of Hampton Roads’ population. They may have been able to combine their housing allowance with a Veterans Affairs (VA) loan to buy the house they wanted when interest rates were low but can’t afford it now that rates are much higher.

Hampton Roads’ housing market is less affordable than it used to be, says Virginia Realtors Chief Economist Ryan Price. Just three years ago, the region’s MSP was $258,950, which buyers with a gross household income of about $61,000 could afford, assuming a typical housing cost burden of 30% of their income.

Rates, which had climbed as high as 6%, were varying “between 5% and 6%” as of August, “depending on the type of loan program and a buyer’s income and credit rating,” he says. The Federal Reserve Bank, responding to inflation, raised benchmark interest rates four times as of early September, with another hike expected later in the month.

“There aren’t a lot of [refinances] going on, unless it’s for a divorce or they’re cashing out,” says Grunwald, a senior loan
officer at Southern Trust Mortgage in Virginia Beach.

Speaking in August, Grunwald said he thought mortgage rates had probably peaked for the foreseeable future, adding that there were indications that the federal government could provide incentives for builders to construct more affordable housing or offer tax credits to sellers. There’s also been talk of a new 40-year mortgage to help lower payments.

“There’s got to be some kind of responsible action to what’s going on,” Grunwald says. “The middle class has to have some place to live.” 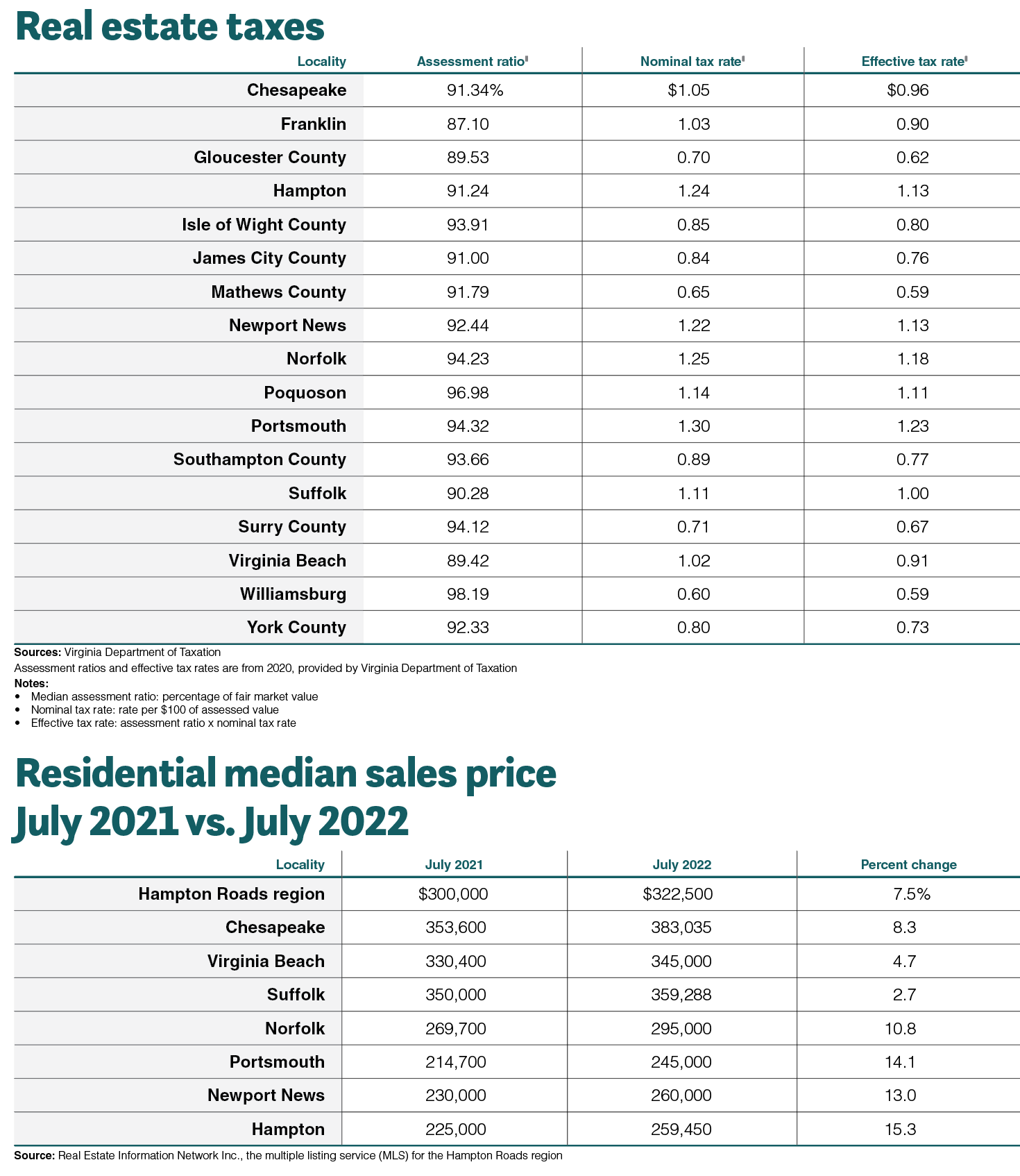 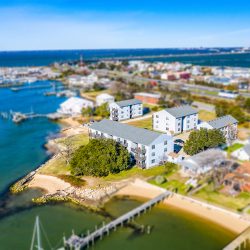 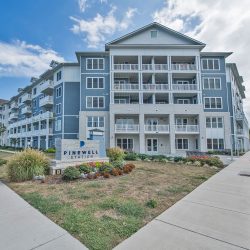