The Roanoke area is anything but sleepy when it comes to economic development these days.

In fact, “the opportunity for Roanoke is greater now than it has been in quite some time,” says John Hull, executive director of the Roanoke Regional Partnership, a public-private joint venture that works to attract new business to the region. The partnership’s target area includes the cities of Roanoke and Salem, the town of Vinton, and the counties of Alleghany, Botetourt, Franklin and Roanoke.

Thanks to forward-thinking investments in infrastructure, strategic planning for revitalization and a marketing approach that touts the area’s outdoor amenities, the Roanoke Valley is seeing sizable investments made by companies with existing operations as well as many from outside the region, Hull says.

Munters Group AB, a Sweden-based manufacturer of air treatment and cooling systems for data centers and other industrial applications, is building a 365,000-square-foot manufacturing facility that’s scheduled to open in summer 2022 in Botetourt County. The company is investing $36 million to relocate its 200-employee Buena Vista operations to the county’s Botetourt Center at Greenfield business park in Daleville.

Likewise, Cardinal Glass recently completed an $8 million, 26,0000-square-foot expansion at its facility in Vinton, adding 60 jobs to its 200-person workforce. And Balchem Corp. is investing $5 million to expand its Covington manufacturing facility during the next two years. The expansion is expected to double its production of key nutrients used for animal nutrition and health markets worldwide.

“We’ve had really strong interest,” Hull says, “and the interest has been diverse in terms of sector.” Companies relocating and expanding in the area range from information technology to food and beverage concerns. There’s also a diverse mix of manufacturing and distribution sites, Hull says.

Throughout the Roanoke area, a hefty number of site development projects have received support through GO Virginia, a state-funded economic development initiative set up by senior business leaders to promote private-sector growth and job creation across Virginia.

One of those projects is Wood Haven Technology Park in Roanoke County. A municipally owned business park for high-tech manufacturing, it “has seen a huge amount of development work in the past
18 months,” Hull says. “We have a 53-acre pad that’s ready.” He expects one large user or a couple of smaller ones to claim the site in the coming months. “Readiness is huge,” he says.

In addition to having an inventory of sites prepped for construction, a necessary component for luring new business is a solid workforce. That’s where the area’s outdoor-focused marketing pitch comes in, Hull says.

The Roanoke Outside Foundation was created as an offshoot of the regional partnership to promote the area’s array of outdoor activities — everything from hiking and biking to caving and kayaking. Its marketing slogan — “Work Hard, Play Hard, Live Easy” — aligns with today’s widespread emphasis on achieving a better work-life balance in order to bolster mental and physical health.

“We’re seeing it pay off,” Hull says. The University of Virginia’s Weldon Cooper Center for Public Service, a demographic research group, recently released population estimates showing upticks in most of the Roanoke area. “In talking to Realtors, I’m also hearing anecdotal stories about people who have chosen to make this their home,” he says.

Alexander Boone, a custom home builder and commercial developer in the Roanoke Valley, can attest to the area’s high level of activity lately. The Roanoke region has seen “really good, consistent growth, better than we’ve had in the past,” says Boone, who sits on Carilion Clinic’s board of directors and is president of ABoone Real Estate Inc.

The collaboration between Virginia Tech and Carilion to establish the Virginia Tech Carilion Health Sciences and Technology Campus and the Fralin Biomedical Research Institute at VTC in downtown Roanoke has enhanced the area’s visibility greatly. Additionally, Carilion’s decision to renovate more than 77,000 square feet in the former JCPenney store at Roanoke County’s Tanglewood Mall into Carilion Children’s Tanglewood Center has sparked new development interest there, too.

“It has transformed the area,” Boone says, pointing to the restaurants going up in anticipation of increased traffic around Tanglewood. The Carilion center will house 14 pediatric specialties, the first of which is expected to open in mid-September.

The repurposing of Tanglewood, which, like so many aging, traditional malls, had languished in recent years, is part of the county’s larger 419 Town Center plan to redevelop the mall and its surrounding area into a vibrant, pedestrian-friendly mixed-use district.

Roanoke County secured mostly state and federal funds to initiate nearly $50 million in transportation improvements to draw mixed-use development to the area. A congested area of Route 419, or Electric Road, near Tanglewood Mall is getting additional lanes as well as bicycle and pedestrian paths to accommodate residents expected to move there in the years ahead.

Boone is building a 17,000-square-foot, two-story office building at nearby Fallowater Square. “It’s fully leased, and we just put the footers in,” Boone noted in late July. Long & Foster is moving its local real estate office there, “plus we have a letter of intent from a medical practice to take the remaining space.” The space that Long & Foster is leaving, which is also in the 419 corridor, has been scooped up by the Brown Edwards accounting firm, Boone adds.

Boone was surprised by how quickly all of the space was snapped up at the Fallowater Square building. He was willing to take on the project, he says, “because Roanoke County is really focused on this area.”

Indeed, Roanoke County has spent several years bringing the Tanglewood and 419 corridor revitalizations to fruition, says Jill Loope, the county’s director of economic development. “We’re about 250 square miles, so you have to be really strategic and focused” to attract new business, she says. Carillion Children’s and other businesses going into Tanglewood Mall space will result in up to 1,500 cars moving in and out of the property every day, Loope says, which is prompting restaurants such as Chipotle, Jersey Mike’s, Blaze Pizza and Panda Express to invest in outparcels.

“There’s a lot of new energy,” she says. Meanwhile, infrastructure improvements are under way to make the area more easily accessible from all directions. “That’s been one of the big, exciting projects … and it’s been years in the works.”

Redevelopment projects are also taking shape in the business district of Vinton and elsewhere in the county, Loope says.

Mack Trucks Inc. invested about $13 million to refit a large industrial printing plant in Salem, where it began production last year on a new line of medium-duty trucks. About 250 people work at the plant. Mack Trucks, a North Carolina-based company owned by Volvo Group, cited the proximity of Interstate 81 as well as suppliers and other affiliates when it chose to set up the new manufacturing base in the Roanoke Valley. The Salem plant is about 45 miles from an affiliate factory in Dublin, operated by Volvo Trucks North America, that produces heavy-duty trucks.

“It has been an unbelievably busy year,” Loope says. If the pandemic slowed the pace of economic growth, then Roanoke County has definitely been “catapulted forward” in the months since restrictions have eased, she says.

But even in 2020’s lockdown phase, Loope says, her office was busy with a lot of behind-the-scenes prep work and details related to specific projects such as multifamily residential projects she’s aiming to bring to targeted areas of the county. “Some of them I’ve been working on for seven years and they’re still active,” she says.

Marc Nelson, economic development director for the city of Roanoke, says his office stayed busy last year as well. “In terms of leads … it never really slowed down altogether, but it did trickle,” Nelson says.

Downtown Roanoke is experiencing the same slow return to offices that other downtown areas are seeing. “A lot of businesses are still in the wait-and-see mode as to whether they keep their people remote or bring them back,” Nelson says. Retail and hospitality sectors are rebounding, and hotel and restaurant developers are starting to discuss new investments again.

“We largely have a cautious return to normal,” Nelson says. For the most part, “our manufacturing sector chugged along without any changes. If anything, they were looking for people [to work].”

Salem Assistant City Manager Rob Light says tax revenues from the hospitality industry also are on the rise there and redevelopment is strong. A former Kmart shopping center now holds a Planet Fitness location and a furniture store. Frankie Rowland’s, an upscale steakhouse in Roanoke, opened a second location in Salem in March that includes a boutique inn, The Rowland Hotel. Other small shops and eateries have popped up as well.

“It just means that people are still willing to invest in the area,” Light says. 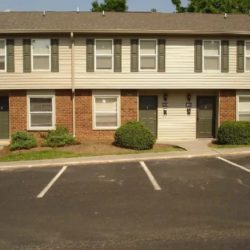