In planning stages since at least 2017, Atlantic Park is scheduled to be completed in summer 2024, said Donna MacMillan-Whitaker, co-founder and managing partner of Venture Realty Group.

The 10-acre park will be developed in two phases. The first phase calls for 120,000 square feet of mixed-use retail — restaurants, shops and admissions attractions — and 310,000 square feet of residential (310 apartments) plus 15,000 square feet of office space. It also includes an entertainment venue and a 2-acre wave lagoon. Atlantic Park’s second construction phase will be similar to its first, MacMillan-Whitaker said, and will take about 15 months after delivery of the first phase. Not many details have been publicly released yet.

Perhaps the main attraction in addition to the wave pool will be the park’s planned entertainment venue, harking back to the property’s roots as the site of The Dome, a geodesic dome concert venue and civic center that was demolished in 1994. Acts such as The Rolling Stones, Ray Charles, and The Monkees were among the musicians that rocked the house in The Dome’s heyday. Atlantic Park’s plans call for a 70,000-square foot music venue, operated by Los Angeles-based Oak View Group LLC and Live Nation.

At full capacity, with indoor and outdoor seating — when a convertible door is opened — it will seat 5,000. When it’s closed, it will seat 3,500 patrons inside. A door in the back of the venue will roll up, making it indoor/outdoor-friendly. Douglas Higgons, senior vice president with Oak View Group, said there are only about a half dozen or so similarly sized venues with indoor/outdoor capabilities around the country. The venue’s indoor area will be air-conditioned, even when the door is open for outdoor events.

“Our goal is to activate the venue and have it be as busy as possible and have as many people experience it as can be,” Higgons said.

He expects the venue to be active 150 to 200 days or nights per year, with music events making up the majority of those, though it will also be available for private and community events.

Construction crews will break ground on the entertainment venue this fall, at the same time as the rest of the Atlantic Park project, and expect to have it up and running in the second quarter of 2024, Higgons said.

At least for now, the venue is being called The Dome in a nod to the site’s storied musical past. Said Higgons: “Certainly we’re going to try to bring some of that history and make it come alive in this venue.”

But one of Atlantic Park’s biggest draws, and most unique, will be its manmade wave pool.

The surf lagoon will include wave-making technology from Wavegarden, an engineering company based in northern Spain, and will generate about 1,000 waves per hour.

Financing for Atlantic Park is contingent on final construction plans and approval by the city, which is “imminent,” MacMillan-Whitaker said.

Virginia Beach has $114 million programmed for the entertainment venue, offsite infrastructure, streetscapes and parking, with the funding from the tourism improvement program fund, according to a Virginia Beach spokeswoman. The total project cost could exceed $350 million, due to inflation and higher construction costs, MacMillan-Whitaker said.

The project is designed to draw in visitors throughout the year. MacMillan-Whitaker said the development team hopes to capture some of the artsy essence from the popular nearby ViBe Creative District.

“Between the surf park and music venue and residential and retail and restaurants,  I know it’s totally going to transform that part of the Oceanfront and really bring it back to life,” Higgons said. 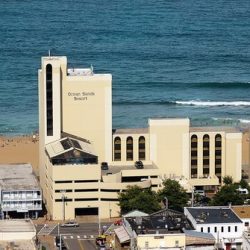 VSA owns hotels at the Oceanfront 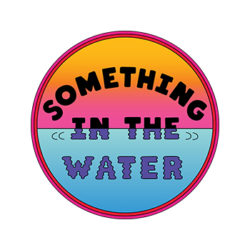