Flurry of projects are changing Norfolk

Tara Saunders knew her son, Nicholas, did not plan to return home to Norfolk after graduating from James Madison University in 2015.

“He wanted to live in Richmond,” says Saunders, a Norfolk native and executive director of the Old Dominion University Real Estate Foundation. “He said Richmond had a really great vibe for millennials.”

Now it appears that vibe has migrated east to Norfolk. An influx of jobs, a new downtown luxury hotel, the revitalized Waterfront District, one of the state’s largest outlet malls and a rekindled emphasis on the arts have infused Norfolk with a fresh vitality. Touting those developments, city leaders are hoping millennials will take another look at Virginia’s second-largest city.

The efforts seem to be paying off.  A study by the Urban Land Institute found that millenials are moving to South Hampton Roads at a faster rate than anywhere else in the country.  “He was here a couple weeks ago and went to Grain at The [Hilton Norfolk] Main and the Chrysler Museum [of Art],” Tara Saunders says. “When he left, he said ‘Mom, I’m going to start bringing more friends back here.’ He’s seeing that Norfolk is getting more of a vibe for millennials.”

Established in 1682 as the Towne of Lower Norfolk County, the city has stepped firmly into the 21st century. “It’s a new day, and we’re beginning to write a new chapter in our history,” Mayor Kenneth Cooper Alexander said during his first State of the City remarks in May. “Our city is bursting with new energy, new opportunities, new hope, new promise for tomorrow.”

A former state senator and delegate, Alexander became the first African-American elected to the city’s top post, succeeding Paul D. Fraim, who had served as mayor since 1994.

Up next is a potential overhaul of Norfolk’s downtown arena, Scope. The city is working with Los Angeles-based Oak View Group to explore options for renovating the 46-year-old facility in hopes of drawing larger entertainment and sporting events.
Scope is the city’s jewel that begs to be polished, says Chuck Rigney, Norfolk’s development director. And, he adds, the new mayor and City Council are ready to lead that effort. “They’re young and energetic and want to take us even further forward.”

That energy factors into Norfolk’s drive to attract and retain millennials. City officials are banking on the approximately 6,000 new jobs slated to sprout up throughout the city by the end of the year to help convince young adults that Norfolk is an up and coming metropolis. “Norfolk has such a vibe,” Rigney asserts. “When business consultants come and see Norfolk, they are really impressed.”

New Jersey-based human resources firm ADP was so impressed with Norfolk that it invested $32.5 million to open a customer service center in the downtown financial district late last year. The center will eventually house 1,800 associates, the largest number of jobs coming to the region in a generation. Many of the want ads will target millennials. “This is their first urban campus to attract millennials,” says Rigney. “That workforce needs an environment where they can live, work and play.” More than 700 employees already have been hired, with most of the positions paying annual salaries averaging $36,000.

Norfolk isn’t just a place for millennials. Next door to ADP, Marathon Development Group is investing $90 million to transform the former Bank of America building into Icon at City Walk, a 275-unit luxury apartment property expected to bring 500 additional residents downtown. Scheduled to open in November, the project has attracted a great deal of interest from empty nesters. “It’s a mold-breaking property for Virginia,” says Raffaele Allen, Marathon’s director of assets. “We are going really, really high end with the furnishings and fixtures.” The property will include studio, one-, two- and three-bedroom apartments, as well as amenities such as a rooftop clubroom, wine locker, two-level spa and fitness facility, and space for a rotating art gallery, dueling chef kitchen, gaming area, coffee bar and lending library.

Rents start at $1,156 for a studio apartment, and inquiries are mounting, Allen adds. “They’re excited about the urban core that’s being built downtown. Norfolk’s becoming a very exciting city — a city definitely on the move.”

Down the street from Icon at City Walk, The Main opened in late March, bringing with it the state’s largest hotel ballroom, three eateries, a rooftop beer garden and approximately 850 new jobs. Over on the waterfront, almost 1,000 workers are expected to be hired for dining and entertainment options at Waterside District, which opened this spring after a massive overhaul.

Such venues add to Norfolk’s growing reputation as a city brimming with employment, entertainment and housing options. Digital ad agency Grow set up shop in downtown Norfolk in 2004, eschewing larger locales to remain in founder and CEO Drew Ungvarsky’s hometown. Many of the company’s 40 employees were recruited locally, says Matt Paddock, the agency’s general manager. He adds that those who came from outside Hampton Roads discovered they like what Norfolk has to offer. “The energy in this area is great. The culture has increased dramatically in the last five years with more people living downtown and unique businesses that you don’t find anywhere else in the area. Millennials are excited about things to do after work and outside of work.”

That includes taking in a comedy show or musical performance or checking out the latest art exhibit in the flourishing NEON District, the city’s first official arts district. An acronym for New Energy of Norfolk, NEON gives local and touring artists and musicians a place to unleash their creative juices. Located just off the downtown corridor and anchored by the Chrysler Museum and the Harrison Opera House, the district includes a comedy theater, art studios, eclectic restaurants and breweries. In addition, more than 25 distinctive pieces of art and murals line NEON’s streets, alleyways and corners. 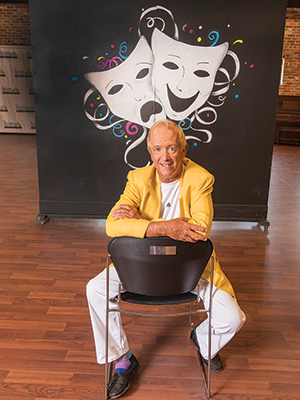 Local family theater troupe The Hurrah Players converted a 12,000-square-foot former manufacturing facility in the NEON District into space for classes and rehearsals, set design and performances with seating for 180. The Hugh R. Copeland Center, named for Hurrah’s founder and artistic director, opened this spring. “We want to be a more integrated part of the community,” Copeland says. “This space provides a platform to extend our reach into the community and the region. It gives us more exposure and proves the point that we really need to work together as a city.”

Norfolk’s new glow is not limited to the downtown sector. New life also is being breathed into the long-declining Military Circle shopping mall. This spring, Movement Mortgage and Optima Health set up shop in the former J.C. Penney building, now renamed 824 Military. The Norfolk Economic Development Authority had purchased the 16-acre site, with the city investing $18 million to rehab the property into 135,000 square feet of office space. Combined, Movement Mortgage and Optima will take up 135,000 square feet of the former department store. “We’re transforming it from a dead mall area into much higher potential,” Rigney notes.

Relocating from Virginia Beach, Movement Mortgage is transferring 550 jobs and hiring an additional 200 employees over the next three years. The South Carolina-based company invested $3.1 million in its new offices, leasing the space from the city. 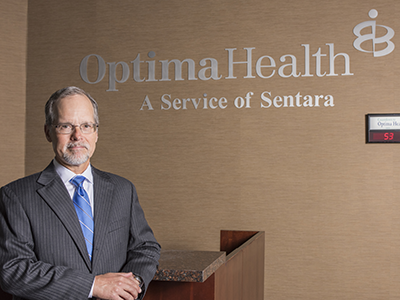 Optima Health is bringing about 200 new jobs to Norfolk, ranging from nurses and clinical social workers to entry-level positions, to support a statewide Medicaid contract. “The location is great. It’s a central spot,” says Randy Ricker, vice president, Optima Health Community Care. “We’re investing in what we see as a great opportunity for rebirth of Military Circle.”  Both Movement Mortgage and Optima Health signed long-term leases with the city. “We’re not planning to move along anytime soon,” Ricker adds “We’re looking to build this business and see it grow.”

The Northampton Boulevard corridor also is humming with new businesses. In late June, Norfolk Premium Outlets, boasting more than 85 stores, opened just off Interstate 64. Simon Property Group invested more than $75 million to build the outlet center, which is expected to bring about 800 jobs to the city. “It’s going to transform the Northampton Boulevard area,” Rigney says.

That transformation into a shopping mecca will be complete next year when Swedish retailer IKEA opens a 331,000-square-foot store on 19 acres on the other side of Interstate 64. Along with 10,000 items exclusive to IKEA, the store will feature three model home interiors, children’s play areas and a 450-seat restaurant. IKEA plans to hire about 250 employees for the store, its second Virginia location. “There’s no question this will be a shopping experience at Norfolk Premium Outlets and IKEA,” Rigney adds.

That, combined with the city’s other endeavors, is ultimately a win for the entire Hampton Roads area. “Norfolk is a destination for many different things,” Rigney says. “We are the urban center of a vibrant region, and only a strong Norfolk will result in a strong region.”