Those are some of the major trends shaping the meetings and convention industry in Virginia, an industry on the upswing. In fact, planners say 2016 promises to be the best year in recent memory.

“We’re doing more meetings than we’ve ever done,” says Rick Eisenman, the former vice president of the Virginia Society of Association Executives Inc. and the owner of a meeting-planning firm in Richmond.

“We are seeing more hospitality revenue than ever,” concurs Jeff Schmid, president of the Virginia chapter of Meeting Professionals International.

The occupancy and average daily revenue (ADR) rates at hotels throughout the state help bear out the rosy predictions. Some areas saw healthy increases in occupancy last year, while others saw only marginal increases, but none of the areas surveyed by STR Inc., a hotel market data company, reported downward trends.

Overall, statewide hotel occupancy rates in Virginia last year were 61.6 percent — below the national average of 65.6 percent, according to the STR Inc.

Still, the future is still looking better than the past. With the recession of eight years ago in the rearview mirror and a dip in government meetings due to sequestration leveling off, meeting planners remain optimistic, in part because of an uptick in medical meetings.

Todd Bertka, vice president for convention marketing and sales with the Virginia Beach Convention and Visitors Bureau, sees medical meetings as an emerging market for Hampton Roads. “We’re in a growth mode,” he says.

Other jurisdictions have gotten serious about attracting medical meetings as well. In Alexandria, staffers are being trained to negotiate the web of federal regulations that come into play when biotech, pharmaceutical, medical-device and health-care firms meet. Lorraine Lloyd, senior vice president of sales for the convention and visitors association, says that a million medical meetings took place across the country last year, and Alexandria is trying to ensure that more of them come its way.

One cloud, however, dims the sunny outlook for the meetings and convention industry: While meetings have become more numerous and frequent, most aren’t as long as they used to be. What was once a three-day conclave typically has been pared to a day-and-a-half.

“People don’t want to be out of the office that much,” Eisenman says. “It’s not no frills. There still gets to be fun, but budgets are being cut.”

Such abbreviated schedules make easy access to a facility nearly as important to meeting planners as price. Eisenman and Schmid say space — is there enough of it and is it configured in the right way —and service — can the facility handle a mass influx of people — are other top concerns. Add to that list of basics a more recent must-have: connectivity, free and available throughout a venue.

The influence of young workers attending business conclaves has hastened the shift from fast Internet service being a nice-to-have to a necessity. For the so-called millennials, electronic sharing is a way of life, and they are unwilling to do without it. Other prevalent trends in the meetings and planning industry also can be traced to the outsized influence of the millennial mindset. They include the demise of the rubber chicken.

Healthy, distinctive food
Generic, bland food once ruled the table at meetings and conventions, but it just doesn’t cut the mustard, anymore. Like their leisure travel counterparts, meeting goers want more distinctive fare, and the healthier and more local, the better.

“People have a lot of memories of who they were with and what they ate,” says Kristin McGrath, vice president of sales and services for Richmond Regional Tourism, a nonprofit destination marketing organization.  “We’re definitely seeing more planners ask about the food.”

“Millennials want to be able to share their experiences,” says Schmid, and that includes being able to post pictures of what they eat.  No one is likely to bother to take a selfie with a plate of chicken a la king. However, oysters in the Tidewater area, peanut soup in Richmond or ramen noodle beer in Northern Virginia? Those can log some hits and buzz.

Executive Chef Anthony Frank exemplifies the move toward more Facebook-worthy foods. The executive chef and food and beverage director at Williamsburg Lodge and Woodlands Conference Center has banquet menus that feature regional dishes such as braised collard greens and cornmeal-fried catfish, and he does frequent “pints and pairings,” using craft beers from local breweries.

Frank is able to draw on 90 acres of gardens in Williamsburg to boost his farm-to-table credentials, yet he says being served foods that are hormone-free, steroid-free, sustainable and free-range, no matter what their origin, is just as important to his convention clients.

Unique experiences
Convention goers also want a special experience. More and more travelers want to participate in offbeat activities, not just observe them, and this desire is refiguring the on- and off-site events offered during meetings.

It’s got to be “experiential,” says Jennifer Ritter, director of sales for Visit Loudoun. On-site, Ritter notes, the conference center at Lansdowne has reimagined some of its common space as the casual gathering areas millennials prefer. 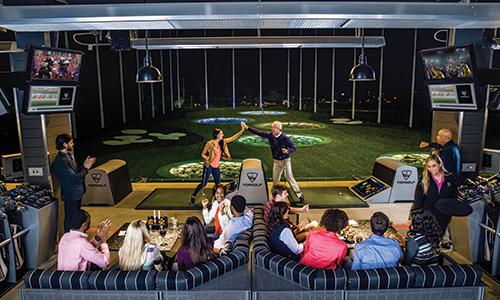 Off-site meeting bait in Ritter’s county includes Topgolf, a driving range that bills itself as an entertainment complex — which happens to bake its own bread. “It is very cool, very hip,” she says. The new indoor skydiving facility, iFly, should be another draw for meeting planners in search of hard-to-duplicate experiences for their braver clients.

Many participatory activities offered across the state strive to be indigenous to the area as a way of being “authentic,” another popular adjective that describes what travelers seek these days.

In Roanoke, team spirit can be forged by dangling off the end of a rope in a rock-climbing class. Meeting goers want to “get away from the same old, same old,” says Alex Michaels, director of sales for the Roanoke Valley Convention and Visitors Bureau.
At equine-centered Middleburg, Salamander Resort & Spa offers leadership building activities through an EquiSpective program that promises to explore communication styles and techniques by uniting horses and humans. 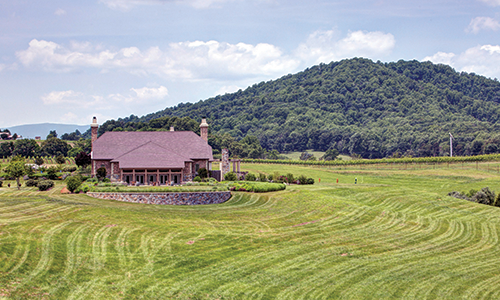 Virginia wineries, in general, have been part of the locovore movement for years, and they are a common off-site outing for many meeting goers. They, too, are going beyond tastings to offer hands-on experiences. At Early Mountain Vineyards in Madison, business groups can participate in wine blending. “The overall corporate market is looking for more unique things to keep attendees’ interest,” says Susan Holland, the vineyard’s corporate sales manager.

Altruism also plays a role at today’s meetings. Frank, the Williamsburg chef, says that young meeting attendees not only want to eat healthier, they want to eat more responsibly. He serves coffee that is single-sourced directly from Rwandan growers, meaning the African farmers see more of the profit without a middleman. That back story on the java helps satisfy the do-good impulses of young meeting goers.

Corporate social responsibility (CSR) is a movement in which companies embrace charitable activities as part of their business model, and CSR plays a role in where some millennials choose to work. The convention and meeting industry has responded to that trend by facilitating more team-building exercises centered on local charitable efforts.

In Loudoun County and other jurisdictions, tourism offices help coordinate volunteer opportunities for meeting goers, whether they want to pack meals for the hungry, build bikes for needy children, or help with a blood drive. In Virginia Beach, activities to support the large military presence there are particularly popular.

“Part of being sustainable is giving back,” says Sally Noona, director of sales and marketing for Virginia Beach’s convention center. She describes the changes affecting her business as “a cultural shift.”

Noona might just as well have said a generational shift. Like other aspects of society, the meetings and convention industry is witnessing a baton being passed, and part of its job is to be ready for the handoff.