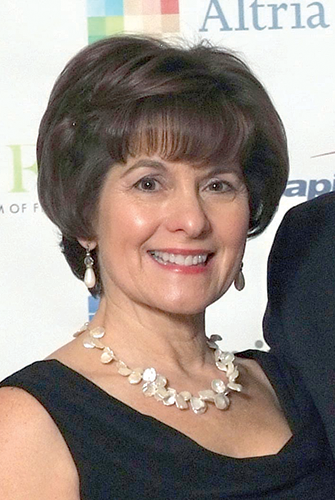 After 17 years, this is my 204th and final issue as the managing editor of Virginia Business.  By the end of the month, I’m departing for “semi-retirement.” We all know that baby boomers never leave, right?

Well, I am leaving the day-to-day deadlines of journalism for a more leisurely pace. I want to visit my grandchild more, and there are several projects — personal and professional — long relegated to the back burner that will move to the front.

But don’t be surprised to occasionally see my byline as I continue to contribute as a freelancer. It would be hard to go cold turkey after working in the news business for 42 years. Where else would I get the adrenaline rush that comes with breaking a big news story on deadline?

When I first got into business journalism — after leaving daily metropolitan newspaper reporting because I thought the hours would be more family friendly — I feared it would be boring.  A bunch of dull earning reports. I was wrong.

As an editor for a statewide business magazine, I’ve traveled Virginia touring all manner of properties for a firsthand look at business operations. Assignments have taken me to a sausage plant in Smithfield (lots of pig parts), Dominion Energy’s nuclear plant in Mineral (lots of security), the sprawling shipyard at Newport News Shipbuilding (who knew an aircraft carrier could be so big?) and Deep Mine #41, a coal mine in Southwest Virginia (the true meaning of pitch black).

From this on-the-ground reporting, I learned about the inner workings of some of the state’s major industries. Building a company is part of the American dream. There are ups and downs, challenges and, sometimes, danger in running a business. Over the years, hundreds of people have sat across from me sharing their stories — even when they may not have liked all the questions — and I want to say thank you for putting your trust in the press.

I also want to thank the readers of Virginia Business. You have kept me on my toes with comments, ideas and constructive criticism. The free and civil exchange of ideas and information is the foundation behind America’s greatness, and we should protect this freedom at all costs.

I’ve been blessed to work alongside a staff at Virginia Business that is hard-working and fully committed to quality journalism.  Publisher Bernie Niemeier has been known to add pages for substantive stories, and Editor Robert Powell is a pro at keeping our team on task and on time.  Production deadlines may be the bane of our business, but there is something tangible and beautiful, I think, at seeing how all the work comes together at the end of month in a glossy magazine. While I don’t have space to enumerate the talents of all the staff, suffice it to say your dedication inspires me. I will miss the team along with our stable of freelance writers, photographers and illustrators, many of whom have contributed to Virginia Business for decades.

One of my job perks — besides learning how sausage is made — has been access to interesting people. I have chatted with CEOs, governors and legislators, economic developers, entrepreneurs, environmentalists, publicists and the occasional helicopter pilot when an assignment required this mode of transportation. One memorable flight (on the way to that coal mine) was a breathtaking and bumpy ride over the mountains of Southwest Virginia when the fall foliage was at its peak.

As for memorable interviews, there are too many to count, but here’s a few: Steve Case, co-founder of AOL and now an investor and entrepreneur in Washington, D.C.; Michael Quillen, the former chairman and CEO of Alpha Natural Resources who served as my personal tour guide during that coalmine journey 1,000 feet beneath the earth; and Sheila  Johnson, co-founder of BET and the billionaire businesswoman and philanthropist who developed Salamander Resort and Spa in Middleburg.

And who could forget Doris Buffett, the spunky sister of billionaire investor Warren Buffett? Until recently, she lived in Fredericksburg and helped give her brother’s money away by running the Sunshine Lady Foundation, a private family foundation that helps people in need.

While I can’t seem to find my keys or glasses these days, I do remember something Doris Buffett said, and it helps keep impulse spending in check: “How many coffee tables and cruises does a person really need?”

It wouldn’t be a farewell column without a few observations on how things have changed. In the old days, journalists relied on paper records. Today, we can pull up annual reports, proxies and other documents on our phones and laptops quicker than one can say, “Stop the presses.”

And while women have yet to reach parity with men in the corner suite or in the size of their paycheck, they have made dramatic inroads. When I started my career, it wasn’t unusual to be the only woman in the room at some business functions. Today it’s not unusual for a large public or private company to be headed by a woman, such as

Phebe Novakovic, the chairwoman and CEO of General Dynamics.
So, things are changing for the better in many ways, including my schedule. You will get no sad goodbyes from me. As they say in Italy: arrivederci, or until we meet again.

A Clinton scenario could have ripple effects in Virginia