A leap year for Shentel

Formed as a local phone company, it now is the nation’s sixth-largest wireless carrier

Any company that has survived the past 115 years of social, economic and technological change has achieved a major accomplishment. To make that milestone in the turbulent, hypercompetitive telecommunications industry is even rarer.

Shenandoah Telecommunications Co., better known as Shentel, has not only survived, it has thrived. 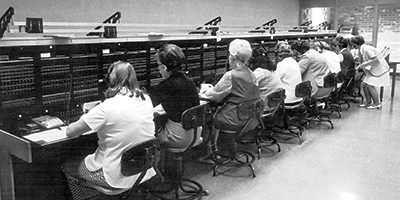 Founded in 1902 in Edinburg, the company, then called Farmers Mutual Telephone System, initially was owned by its customers. Shentel today is a diversified, publicly traded company providing wireless, landline, cable-television and broadband data services to customers in Virginia, West Virginia, Pennsylvania and Maryland. With its $640 million acquisition of Waynesboro-based  nTelos Wireless last May,

Shentel is now the sixth-largest wireless carrier in the country, with more than 1 million subscribers.

“I think we’re the strongest we’ve ever been,” says Christopher French, Shentel’s chairman, president CEO who has worked for the company since 1981. “We are in growing business sectors, and the value that our services bring to customers is just increasing. I’m very optimistic about the future.”

In explaining the company’s longevity, French points to its long-term focus; conservative, disciplined approach to strategy and risk, and willingness to invest in customer service.

“We haven’t changed our approach over time,” he says, noting that many of the company’s current shareholders are descendants of its original telephone customers.  “And as a result, we think we’re making decisions today that will hopefully lead to the company’s ability to continue to be successful for another 115 years.”

Shentel has managed to stay ahead of fast-changing market and technological forces throughout its history. It was the first phone company in Virginia to offer direct-dial long-distance service, for example.

The company moved into the cable TV business in 1980 and, with the breakup of the Bell system, began building fiber networks outside of its small telephone service area in 1988. In 1990, Shentel became the first provider to offer cellular phone service to rural Virginians and began offering dial-up internet service four years later.

“We started looking for areas to expand and diversify, and these were areas that were related to telecommunications, things that we had experience or expertise in, and so they gave us some diversification to the regulated revenue base that we had with our legacy telephone business,” French explains. “And then those things gave us a foundation to expand further.”

A big break came in 1995, when Sprint-APC  asked Shentel to be its partner on the first-ever commercial personalized communications system (PCS) — essentially a precursor to today’s wireless networks — in the Washington-Baltimore metro area. While Sprint-APC focused on city residents, Shentel filled in the rural gaps, which ran from the Shenandoah Valley, north to Chambersburg, Pa., and across parts of western and southern Maryland.

“This was how our company was founded, serving the areas that don’t always get the new services, the new technologies, first, even though those things are just as valuable to the people living in the rural areas as they are to those in the metropolitan areas,” French says, noting that the partnership also made Shentel Sprint’s first affiliate, a relationship that continues to this day. “For us, it was a good opportunity to grow our footprint, grow the company and diversify our revenue stream, and everything took off from there.”

In very short order, wireless communications quickly became Shentel’s largest business segment. That segment has grown tremendously with the nTe­­­­­los acquisition. In November, Shentel reported that its wireless revenue rose $63.2 million, 132.3 percent, in the third quarter in comparison with the same three-month period in 2015.

Shentel attributed the increase to the addition of about 580,000 wireless subscribers from nTelos. The soaring wireless revenue contributed to an 84.1 percent rise in total revenue to $156.8 million for the quarter.  (Fourth quarter and full-year financial results were not available when this issue went to press.)

Throughout 2017, Shentel officials will focus on bringing nTelos fully on board, an effort that features a $350 million investment to upgrade and expand the existing nTelos network and integrate internal systems. “Just dealing with the increased size of what is a much bigger company and much bigger networks will be one of our major issues,” French says.

Moving forward, French expects Shentel to continue to look for opportunities to grow by increasing its market share and making acquisitions — always in a disciplined manner with an eye to the future.

“There could be a great cable company that comes up for sale in California, but we’re probably not going to take a hard look at that,” he says. “That’s not to say that opportunities have to be adjacent to what we’re doing, but to the degree that we can leverage the networks we have here, where we can branch out pretty easily, that is obviously going to be a key factor in our evaluation of new business ventures.”