A large data center could have $50M annual impact on SWVA, study finds

Southwest Virginia is well-positioned for data centers and a large data center could result in more than 2,000 jobs and $50 million in annual economic activity, according to the Project Oasis study conducted by OnPoint Development Strategies and released Monday by InvestSWVA.

Due to its land availability, geothermal cooling opportunities and workforce readiness and development, Southwest Virginia could be an attractive data center destination, according to the study. A large data center located in the region could create more than 2,000 jobs during construction, 40 direct and 59 additional permanent jobs, the study found, with $233 million in economic activity generated during construction and more than $50 million in annual economic activity once operations begin.

“Southwest Virginia is primed to become the next hot spot for data centers,” U.S. Sen. Mark Warner said in a statement. “This is a rapidly growing industry in Virginia and companies would be smart to consider GO Virginia Region One due to its land availability, ready workforce, and unique opportunities for sustainability and growth.”

In GO Virginia Region One, which was the focus of the study, there are six sites that met the general criteria for a large, 36-megawatt hyperscale data center and four additional sites could host smaller data centers of up to 10 megawatts. Three sites have geothermal cooling potential, with the ability to source 51-degree or 55-degree water from underground pools in previously mined properties. Geothermal cooling systems could save a data center more than $1 million annually in reduced electric costs and municipal water water purchases.

Previously mined properties could also be used for solar development, the study found.

“The availability of solar development potential, cost-effective geothermal cooling, and the region’s desire to transform itself from a coal-producing area to an innovative renewable energy hub, provides a compelling case for data centers who are increasingly mandating new facility locations that allow sustainability goals to be met,” according to the study.

The study found a reasonable pool of workers with transferable skills in the region, as well as strong IT training programs and resources at community colleges and the University of Virginia at Wise that could fulfill workforce training requirements. Tax incentives are also part of the discussion, as the commonwealth allows for a separate property tax rate to encourage investment. Although no localities in GO Virginia Region One have a data-center-specific taxation class, local government officials are discussing more competitive tax rates for data centers, according to the study.

Led by R. Kent Hill, managing principal of OnPoint Development Strategies, LENOWISCO Planning District Commission and the Southwest Virginia Energy Research and Development Authority served as strategic partners for the study, and funding was provided by the GO Virginia Region One Council and the Virginia Department of Mines, Minerals and Energy.

“Project Oasis provided an in-depth look at how we can attract data centers to Southwest Virginia, what we need to do in order to attract data centers and the opportunities that could come by making some key investments in infrastructure,” Coalfield Strategies Managing Partner Will Payne, project lead for InvestSWVA, said in a statement. “The study shows that Southwest Virginia is a prime location for data centers, particularly as the industry looks for location diversity.” 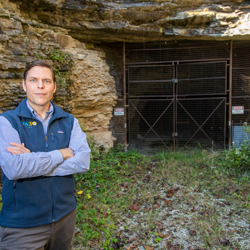 The IT services company is creating 150 jobs at its third Virginia operations center.