Home News A history of service

A history of service

Jim Lang’s motivation for joining Pender & Coward after a 25-year career in the U.S. Navy remains as true today as it did when he interviewed with the law firm 14 years ago.

“When I was in the Judge Advocate General’s Corps in the Navy, I could count on and trust another JAG to make things happen, and that’s what I wanted in a law firm,” says Lang, who’s now Pender & Coward’s chief operating officer.

Dave Arnold, then an associate and now the Virginia Beach-based law firm’s CEO, assured Lang he would find exactly what he was seeking at Pender & Coward. “Everything Dave told me is right,” Lang says.

This year, Pender & Coward celebrates its 130th anniversary. Founded in 1889 in Norfolk by William Dorsey Pender, the firm served as a boutique law firm focusing on insurance defense before a three-way merger in 1982 that broadened its services. “We became a full-service law firm,” says Arnold.

Undergoing multiple name changes over the years, the firm adopted its current appellation in 1982, a move that proved “fortuitous” because it delivered such strong name recognition, says Arnold, who started with the firm in 1990 as a law clerk.

The importance of keeping the Pender & Coward name intact was stressed to Lang during his hiring, he recalls: “I was told no matter how well you do here, you will never see your name on the letterhead.”

“As a government contractor, we have worked with Pender & Coward on a variety of matters over the last five years with consistently successful outcomes, including a complicated bid protest on a $400 million procurement,” says Thorp. “Working with Pender & Coward makes our life easier.”

The firm has produced six federal and/or state judges since 1931. In 2019, shareholder Richard E. Garriott Jr. was elected president of the Virginia Bar Association, the oldest voluntary membership organization of attorneys promoting advocacy and volunteer service.

With only 14 attorneys in 1986, the firm recognized that smaller Virginia firms needed to level the playing field in competing against larger law firms. So Pender & Coward partnered with colleagues throughout Virginia to found Commonwealth Law Group, a network of smaller law firms that could leverage resources to match the staffing and practice areas of larger firms.

One constant throughout Pender & Coward’s history is its commitment to create strong communities in its service areas. “We do a tremendous amount of volunteer work serving our communities,” says Lang.

In 2016, firm employees worked together to develop a community service project, Restore the Shore. Lang and a team of attorneys cleaned up a floating junkyard — derelict vessels clogging the waterway in the Elizabeth River.

After the cleanup, the firm partnered with the nonprofit Elizabeth River Project to clean up the shoreline and plant natural grasses. “Pender & Coward is an ‘all-in’ partner that provides action and financial support for the restoration of the Elizabeth River,” says Pam Boatwright, the nonprofit’s deputy director of administration. Pender & Coward has also sponsored Elizabeth River Project events, including the annual RiverFest eco-festival and the Annual River Stars Business Recognition Luncheon, which showcases corporate environmental stewardship.

The law firm’s staff and family members also participate in service projects such as cleanups and planting wetlands, she adds. “Pender & Coward is a role model whose efforts benefit returning wildlife and provide a legacy of a healthy river for the next generation.”

To celebrate the firm’s 130th anniversary and in keeping with its tradition of community service, this fall Pender & Coward donated and planted 130 trees in the Southside Hampton Roads region. 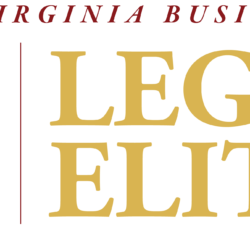 Deadline to submit ballots is July 31 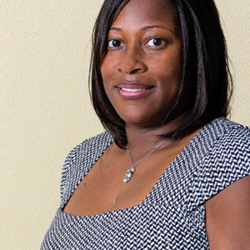