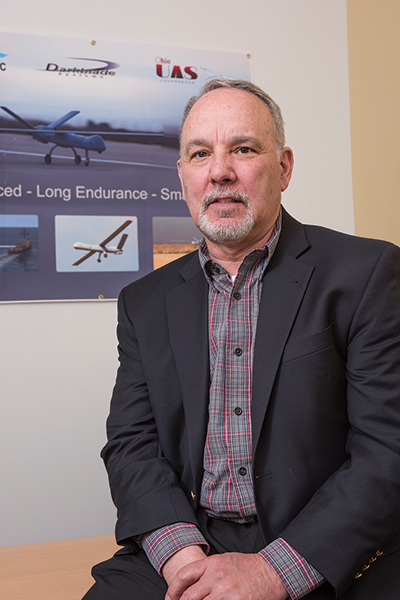 Fred Starkey knew his company was on the verge of a big growth spurt when he brought in two partners, Jeff Green and Kyle McKuhen, in 2013.

Starkey, who started Darkblade Systems Corp. in 2010, had the opportunity to secure a lucrative training support contract for the U.S. Marine Corps and the U.S. Army. As a one-man operation, however, he worried about handling that volume of work.

“My two partners and the people we have hired are why we have been so successful,” he says.

From 2012 to 2015, the Stafford-based company’s revenue grew 1,848 percent, making it the fastest-growing Virginia firm on the Fantastic 50. The company also ranked No. 212 on last year’s Inc. 5000 list of fastest-growing, privately held companies in the U.S.

Today, Darkblade Systems has 32 employees providing scientific, engineering, technical, operational support and training services to federal government and commercial customers. Those government customers include the U.S. Department of Defense and the intelligence community.

One-third of the company’s employees work from their homes. The remaining staff are based at government sites, training federal employees on the systems the company has built, Starkey says.

All but two Darkblade Systems employees served in the armed forces. “We are part of the V3 program [Virginia Values Veterans], which incentivizes companies to hire veterans,” Starkey says. “Currently, we have all the branches covered but the Coast Guard.”

The company is hiring more employees for contracts it has won. Not every job applicant, however, fits the bill.

“If we could, we would be four times our size,” he says. “We have to get the right people, and that’s the hardest thing to find. They have to have extra security clearances as well as certifications. We are always actively recruiting.”

Starkey hopes that his company will see more projects under the Trump administration, which has proposed a 10 percent increase in defense spending.

“Our work is cyclical, so the core of what we do stays pretty steady,” he says.