As NASA pushes the reaches of space exploration, a new wind tunnel at the agency’s Hampton-based Langley Research Center will serve an important role in journeys beyond Mars and could also boost Virginia’s space industry.

In August, NASA broke ground on its new 25,000-square-foot Flight Dynamics Research Facility (FDRF), which will house the 130-foot-tall vertical wind tunnel that will aid researchers and scientists designing unmanned spacecraft expected to journey to Venus between 2028 and 2030 and to Saturn’s largest moon, Titan, in 2034. The General Services Administration awarded Birmingham, Alabama-based BL Harbert International LLC a $43 million design-build construction contract for the FDRF in September 2021.

Scheduled to be operational in late 2024, the FDRF will be NASA Langley’s first major new wind tunnel in more than 40 years. The tunnel combines the functions of the 12-foot Low Speed Tunnel built in 1939 — which re-creates takeoff and landing conditions — and the 1941-era Vertical Spin Tunnel, which helps researchers understand how aircraft perform during stalls. However, NASA says the FDRF will operate more efficiently and with less turbulence.

“Both have seen countless aircraft and spacecraft, all types of aerospace vehicles for military and civilian testing,” ranging from space capsules and shuttles to supersonic and commercial aircraft, says NASA spokesperson David Meade. “It’s a testament to the original construction and design and how well they’ve been used.”

NASA’s space technology and aerospace teams will use the new tunnel, and most of the world’s major aerospace companies also frequently conduct testing at Langley. Meade says it’s too early to tell which contractors will use the tunnel, but he expects a lot of interest.

“It’s going to be a new, state-of-the-art facility that everybody’s going to want to use for research,” he adds, “and that will bring a lot of attention and customers to our center to use the facility.”

Ted Mercer, CEO of Virginia Commercial Space Flight Authority, a state organization started to attract space industry businesses to the commonwealth, agrees. “Bringing in a new wind tunnel will bring in more quality jobs to the region and expand the workload for NASA.” 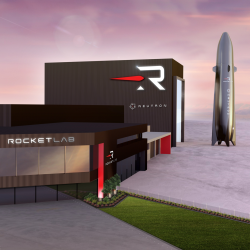