Loudoun County will soon be a new hub for American tennis.

The United States Tennis Association Mid-Atlantic Section (USTA MAS) announced plans Thursday to build a 36-court, $42 million tennis campus in Loudoun County. And when the campus is complete in 2025, the nonprofit tennis organization, which is currently based in Herndon, will house its operations and headquarters there.

The campus will bring local, regional and national tennis events along with daily programming to Loudoun County. It will have 20 outdoor courts, 16 indoor courts, eight pickleball/youth courts and more than 190,000 square feet of tennis infrastructure.

According to the USTA MAS, 1.3 million people play tennis in the mid-Atlantic region.

“We have an enormous opportunity to use tennis as a way to impart meaningful change among individuals and communities and introduce the sport to so many more people,” USTA Mid-Atlantic CEO Tara Fitzpatrick-Navarro said in a statement. “Our community-first approach with our pursuit of the tennis campus will allow us to build something that will be transformative and unmatched in ability to elevate and enhance lives, the community and the entire Mid-Atlantic region.”

The Loudoun tennis campus is projected to attract more than 50 annual events with 78,000-plus attendees. Between that and daily programming, it will contribute $8.5 million in economic impact annually, according to a release from the USTA MAS.

“We are pleased that USTA Mid-Atlantic has chosen Loudoun County for their new headquarters and facility. This project will provide a place where the next generation of players can learn perseverance, integrity and fair play,” Loudoun Chair-at-large Phyllis Randall said. “The pandemic has shown us just how important it is for all our residents to have access to open space and opportunities for outdoor recreation. This project will provide both outdoor and indoor courts, which will provide a wonderful place for our citizens to get exercise and have fun safely.”

USTA MAS is slated to receive a $250,000 Loudoun County business incentive from Loudoun Economic Development for the tennis campus project.

“The USTA Mid-Atlantic headquarters and facility adds another dimension to the diverse recreational options and sports assets in our county,” said Loudoun Economic Development Executive Director Buddy Rizer. “We have been working with the USTA MAS team for years to bring this concept to reality, and today every step of that journey was rewarded with a great project that all Loudouners can be proud of.”

The county’s supervisors and EDA will have a public vote on final approval of the incentive package on March 15.

The tennis organization is planning a capital campaign to secure funding and is seeking additional partners, corporate entities and individual donors.

“The new campus will bring people from different walks of life together and serve as a key part of the mid-Atlantic community, fulfilling their social and emotional needs, elevating and enhancing the lives of all who visit,” said Beth Twomey, chief operating officer for USTA Mid-Atlantic, in a news release announcing the campus. “It will be a hub of learning, teaching and growth that amplifies beyond its walls out to the larger community and mid-Atlantic region.” 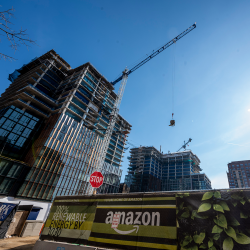 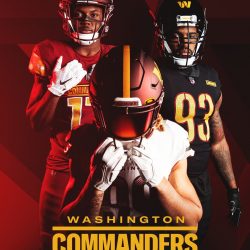