The two biggest winners are Chesterfield and Henry counties, which received $25 million and $22.2 million respectively from the Virginia Business Ready Sites Program (VBRSP), which is a discretionary fund run by the Virginia Economic Development Partnership. Upper Magnolia Green, a 1,728-acre site in Chesterfield, was purchased in 2020 by the county’s Economic Development Authority and rezoned in May 2022 to allow construction of manufacturing and research and development facilities, plus offices. Intel Corp. considered the site for its $20 billion, 100-acre semiconductor chip facility before choosing a site in Ohio.

Near the Virginia-North Carolina border, the Commonwealth Crossing Business Centre in Henry County is home to Press Glass and Crown Holdings, and after further land grading, it’s expected to have a 150-acre pad with rail access and utilities.

The VEDP’s program’s goal, according to a news release, is to identify, assess and improve the readiness of industrial sites with at least 100 contiguous, developable acres, or 50 acres in the western part of the state.

“The leading priority of the Virginia Business Ready Sites Program is to increase our project-ready sites portfolio across the commonwealth, and this unprecedented site development funding is an important step forward in strengthening Virginia’s infrastructure,” Youngkin said in a statement. “Prepared sites drive economic growth, and we have to move faster to attract new businesses.”

Getting land ready for major manufacturing projects has been one of the governor’s highest priorities since he took office a year ago, although last week, he said that he pulled Virginia out of competition for a Ford Motor Co. electric battery plant in the state because the plant would have been operated by a Chinese company, Contemporary Amperex Technology Co. He said in a short news conference that he did not want to “recruit Ford as a front for China to America,” although according to the Richmond Times-Dispatch, the $3.5 billion project would have created at least 2,500 jobs in Pittsylvania County, at its Southern Virginia Megasite at Berry Hill.

Virginia Democrats have expressed surprise about Youngkin’s decision, which some have suggested has more to do with his national political ambitions than what is best for the state. “It is deeply disappointing that Gov. Youngkin would turn away business investment and jobs from Ford Motor Co. due to political considerations and a new obsession with China. It’s clear that the governor has put his personal politics above jobs for Virginia communities,” state Sen. Jennifer McClellan, who is running for the late Donald McEachin’s congressional seat, said Friday.

The 3,528-acre Berry Hill megasite, which was recently a finalist for a $5.5 billion, 8,100-job Hyundai Motor Co. project that ultimately went to Savannah, Georgia, is set to receive $1.5 million from VEDP in Monday’s announcement.

Another recipient is the city of Chesapeake, which will receive $750,000 for the 1,420-acre Coastal Virginia Commerce Park. Larger sites can attract megaprojects with big payoffs. Between 2018 and 2021, large projects requiring 250 acres or more comprised 15% of companies’ site-search requests in Virginia but accounted for 51% of potential jobs and 78% of potential capital expenditures, according to VEDP.

Although 1,900 acres of the Southern Virginia Megasite are pad-ready, Chesapeake City Council only recently approved the rezoning of the Coastal Virginia Commerce Park, clearing the way for development to begin.

Virginia lacks project-ready sites, meaning those ready for construction to start in 12 to 18 months, compared to its neighbors. From 2016 to September 2022, Virginia missed out on more than 52,000 jobs and $120 billion in capital expenditures at least in part because companies were unable to find acceptable ready-to-build locations in the commonwealth, according to a September 2022 analysis by VEDP. Virginia won only one megaproject — Lego Group Inc.’s $1 billion development in Chesterfield County — while other Southern states won 120 between January 2015 and September 2022.

“It is critical for Virginia to create a diverse portfolio of sites that are attractive to different industry sectors and meet varying location and infrastructure needs, and these grants are a major step in the right direction to help the commonwealth catch up on site development,” VEDP President and CEO Jason El Koubi said in a statement. “Additional funding for the Virginia Business Ready Sites Program will allow VEDP to expand the program and invest in more sites, enhancing the commonwealth’s infrastructure and accelerating economic development in Virginia.”

Youngkin announced in December 2022 he would propose allocating an additional $350 million to the VBRSP this General Assembly session, which would add onto the $159 million that the state allocated the program in the 2022-24 budget signed in June 2022. The initial $159 million is a historic amount; in 2021, the General Assembly allocated $5.5 million for the program, already a jump from the roughly $1 million annually that the state had provided in previous years.

The governor’s budget amendments will be considered near the end of the General Assembly session, which started last week.

The remaining recipients are: 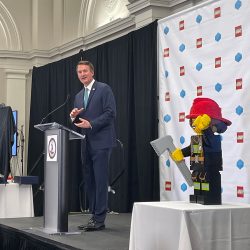 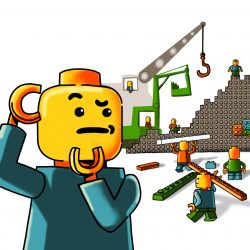