The day after Election Day, Virginia Business’ six Political Roundtable panelists hashed out what they think the next year will be like in a Richmond where Republicans are roaring back to power.

Gov.-elect Glenn Youngkin, a first-time political candidate and multimillionaire former private equity CEO, defeated former Gov. Terry McAuliffe, leading a GOP sweep of Virginia’s three statewide offices. Republicans also will return to power in the state House of Delegates after two years of Democratic control that led to a wave of progressive legislation. This year’s elections were a triumph for Republicans and a nadir for Democrats, who now control the Virginia Senate by the thinnest of margins.

The 2021 election results made clear that “the tide goes in and the tide goes out” in Virginia, observed Farnsworth. “You’re looking at an environment where this was a purple state that didn’t like Trump, so it looked kind of blue for a while. That tide made us think perhaps … that Virginia had changed in a fundamental way. This election was much more of a return to the norm.”

Also, McAuliffe made a few harmful missteps, particularly stating during a debate that parents should not determine what their children study at school.

“The minute I heard that comment,” Dyke said, “I knew … that this was going to be an uphill battle.”

Bromley-Trujillo noted that today’s elections are increasingly impacted by national politics. “I’d say that, for Youngkin, focusing on education was very rational. Tapping into that resentment that people felt, related to education and the parents feeling a loss of control. Critical race theory is not the same as that, but it’s related to that.”

Wintersieck added that the fact that critical race theory — or at least the idea of white children being taught about racism in school — was in the national news for months meant that Youngkin did not have to introduce the concept to voters. “It was low-hanging fruit in many ways.”

Dyke argued that McAuliffe seemed to take Black voters for granted: “It was a general feeling that, ‘They always are going to vote for us, so I don’t have to really say anything to address that community — not until the last 10 days of the campaign when I go to every Black church in the state.’”

Had state Sen. Jennifer McClellan won the Democratic gubernatorial primary, becoming the first Black woman nominated by a major party for the governorship, “that would have excited not only minority communities but women,” Dyke added.

Youngkin also benefited from his deep pockets, good timing and messaging, Saxman said. “As that all came together, it really became a perfect storm for Democrats. It still was a very close outcome. The many, many House races were exceptionally close. Both caucuses are going to have to deal with that reality.” Farnsworth noted that voters in 2021 were more likely to vote for candidates from one party, rather than “one from column A and another from column B,” as in earlier Virginia elections.

Commenting on Youngkin’s campaign platform, DuVal said he expects to see legislation passed to reduce or eliminate grocery and gas taxes, as well as a greater emphasis on economic development. “Virginia has missed out on some huge projects that were supported by labor, education and businesses. The main reason is [because] Virginia has not … invested in site development that could host these large manufacturers.”

Wintersieck noted that earlier Democratic-led legislation such as marijuana legalization and high-speed rail expansion, as well as restoring felons’ voting rights, could be reversed in the 2022 General Assembly session. 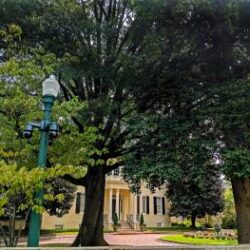 Va. GOP to hold May 8 “drive-in” convention, possibly in Lynchburg