The city of Alexandria announced Tuesday that Inova Health System will build a $1 billion medical campus at the 51-acre site of the former Landmark Mall — anchoring a new 4 million-square-foot mixed-use development in the city’s West End that will also include residential, commercial, retail and entertainment.

The medical campus, which will employ more than 2,000 health care workers, will include a relocated, expanded Inova Alexandria Hospital.

A real estate investment and development joint venture that includes Potomac, Maryland-based Foulger-Pratt, The Howard Hughes Corp. (partial owner of the mall site since 2010) of Texas and New York-based Seritage Growth Properties has reached an initial agreement with the city of Alexandria and Inova Health System to develop the project.

Seritage Growth Properties is a real estate investment trust (REIT) of Sears Holdings Co., which owns the former Sears department store. The last store that was still open on the mall site, it closed in July 2020.

Landmark Mall opened in 1965 and was once anchored by Sears, Lord & Taylor and Macy’s. The majority of the mall closed in January 2017. The big budget superhero film “Wonder Woman 1984,” which debuts on Dec. 25, filmed inside the empty mall in summer 2018.

“This plan for the future of the Landmark site is exciting, long-awaited news for our community,” Alexandria Mayor Justin Wilson said of the development that will replace the mall . “This redevelopment [will] bolster our economy, providing mixed-income housing, new municipal facilities and services, and new open space in support of the health, wellness and quality of life of our entire community.”

Construction at the 52-acre former mall site could begin as soon as 2023, with the first buildings ready in 2025, according to an announcement from the city of Alexandria. The companies have yet to release further details about the development.

Inova has been looking at developing the former Landmark site for more than a year, according to a statement from the city of Alexandria. The health system’s new Inova Alexandria Hospital would be one of only three Level II trauma centers in Northern Virginia and is planned to include a larger emergency room, private patient rooms and the Inova Schar Cancer Institute at Alexandria Hospital.

“We are thrilled for the potential to build a new hospital and medical campus, one that would allow us to expand our seamless system of care, increase our services, and elevate the facilities in Alexandria and throughout the region for decades to come,” Inova President and CEO Dr. J. Stephen Jones said in a statement.

The city of Alexandria will issue $54 million in bonds to buy part of the site to use for the new hospital campus, which will be leased to Inova. The city will use an additional $76 million in bonds for infrastructure work along Duke and Van Dorn Streets, according to a statement from the city. The developers will submit plans to be reviewed by Alexandria City Council. 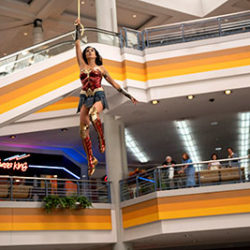