Paul and Diane Manning's gift one of U.Va.'s largest

The University of Virginia will build a biotechnology institute funded with a $100 million donation from Charlottesville investor Paul Manning and his wife, Diane, the university announced Friday.

Along with the Mannings’ gift, U.Va. will contribute $150 million, and the state has allocated $50 million in initial investments for the institute in its 2022-24 budget, according to the announcement.

The Paul and Diane Manning Institute of Biotechnology will focus on translational medical research to produce new medical treatments — such as cellular and gene therapies, nanotechnology and immunotherapy — that are expected to treat many different diseases. Although the new facility is expected to open in about four years at U.Va.’s Fontaine Research Park in Charlottesville, UVA Health has begun recruiting researchers who will work in the system’s existing facilities, UVA Health CEO Dr. Craig Kent said in an interview with Virginia Business this week.

Ultimately, Kent expects to hire about 100 scientists, as well as other employees to run the new institute, which will include a biomanufacturing facility about four times the size of UVA Health’s current biomanufacturing center, which is about 7,500 square feet and has researchers studying treatments for type 1 diabetes and Parkinson’s disease. In the new facility, which would provide between 30,000 and 40,000 square feet of lab space, researchers will be expected to test new therapies that could treat multiple diseases. According to U.Va.’s announcement, the institute will “bring together under one roof … high-tech research facilities, state-of-the-art manufacturing capabilities and welcoming patient care space.”

Additionally, Kent said, “we think this could be an incredible economic engine” for the Charlottesville area and beyond, drawing biotech companies. U.Va. is “very anxious to partner with other universities around the state,” such as medical researchers at Virginia Commonwealth University, Virginia Tech and George Mason University, as well as the existing biotech sectors in Richmond and Petersburg, he added.

U.Va. also aims to collaborate with multiple hospital systems to provide their patients access to treatments undergoing trials; UVA Health purchased the former Novant Health System in 2021 with three Northern Virginia hospitals, and it has an affiliation agreement with Lynchburg-based Centra Health Inc., which has four hospitals in Bedford, Farmville and Lynchburg. Kent said UVA Health is having “similar conversations with other health care companies in the state [to] not duplicate their offerings but make trials available to their patients.”

Virginia could eventually compete with the biotech industry’s hubs in Boston and North Carolina’s Research Triangle, Kent predicted. Charlottesville probably will grow as a result of the institute, he said, “but also this will affect the whole state. I could see biotech growing in all of these areas,” especially in the Richmond and Northern Virginia regions, which are easily accessible from Charlottesville. “Health care is evolving incredibly rapidly now. Knowledge about health and disease is growing, and treatment has changed a lot over the past 10 years. In the end, it’s about the research and the people.”

Discussions about the institute began between the Mannings and U.Va. officials about a year and a half before Friday’s announcement, Kent said, and Paul Manning, whose investment firm PBM Capital has invested in numerous pharmaceutical and life sciences companies, accompanied UVA Health officials to Richmond during the 2022 General Assembly session.

Virginia Senate Majority Leader Dick Saslaw, a member of the Senate Appropriations Committee, sought $75 million from the state’s general fund last year “for the initial recruitment of researchers to staff the Institute for Biotechnology,” and ultimately the state allocated $50 million in initial funding for the project in the 2022-24 budget, according to Friday’s announcement. Kent said he hopes the state will spend more on the institute in the future.

“Our goal is to have the best possible medicine — next-generation medicine — for the residents of Virginia and people around the globe,” Paul Manning said in a statement. “We’re building a world-class facility that will compete with anybody … in terms of research, manufacturing and treatment.”

“The announcement of the cutting-edge Paul and Diane Manning Institute of Biotechnology represents a critical step in Virginia’s rise in the biotech industry,” Youngkin said in a statement. “This major investment will help attract pharmaceutical companies to the commonwealth and further my administration’s commitment to develop a thriving health care system. I’m grateful for Paul and Diane Manning’s generous commitment, which will ensure more Virginians are able to receive the care and treatment right here in the commonwealth.”

The Mannings have made significant philanthropic gifts to U.Va. and the University of Massachusetts Amherst in recent years, including more than $6 million toward diabetes and COVID-19 research at UVA Health and U.Va. Paul Manning, a UMass alum who founded PBM Capital after selling his infant formula company PBM Holdings Inc. for about $808 million in 2010, has served on the UVA Health Foundation board, the U.Va. Strategic Planning Committee and the U.Va. President’s Advisory Committee.

“We live in an incredibly exciting time of discovery in medicine — and the Manning Institute will ensure U.Va. remains at the forefront of research and patient care,” U.Va. President James E. Ryan said in a statement. “Paul and Diane Manning’s extraordinary gift will mean new treatments and therapies for the patients who need them most, and I’m immensely grateful for their generosity and vision. Importantly, this transformational investment in health care for Virginians was also made possible by critical support from Gov. Youngkin and key leaders in the General Assembly.” 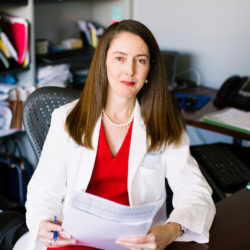 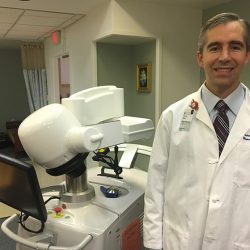 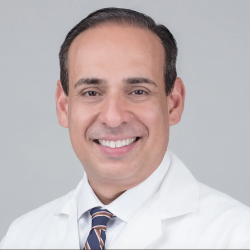