Through their efforts, these are people who attract and grow businesses and funding, making the commonwealth wealthier.

Traci Blido hadn’t been looking for a new job. After a decade as Bedford County’s economic development director, she still found the work challenging. “When you have a small staff, you are wearing many different hats, and so I did regional marketing, workforce development and business attraction and retention,” she says. As part of her role, Blido had long partnered with Virginia Career Works, which allocates federal funding for workforce development programs in five Central Virginia localities. When Blido learned the organization needed a new leader, she could see that the skills she’d honed in Bedford, as well as through previous positions with the Central Virginia Planning District Commission, made her a strong candidate. The hiring committee agreed; Blido started her new post in July.

After spending much of his adulthood working in urban design and planning in South Carolina, Alec Brebner arrived in Virginia in August 2020 with his wife and three children. As the Crater Planning District Commission’s executive director, he has multiple focuses: economic development, transportation and environmental concerns. Currently, Brebner and Petersburg-region officials are working on a coastal resilience master plan and disaster mitigation plan for weather events such as the major ice storm that hit the area last year. “I think the area has a lot of potential,” Brebner says, citing its growing pharmaceutical manufacturing hub led by Phlow Corp. A 2021 Lead Virginia class member, Brebner likes to kayak and bike, and he just hung a backyard rope swing for the kids. 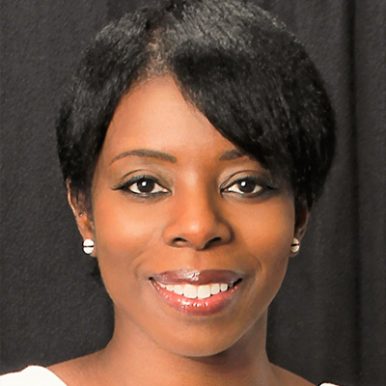 Growing up in a tiny South Carolina town, Chandra Briggman found inspiration in the aspirations of others who dreamed bigger, including her father. Now, as head of Richmond-region economic development organization Activation Capital, the MIT and Johns Hopkins grad is developing an unprecedented $2.5 million accelerator program to boost the growing pharmaceutical sector in Richmond and Petersburg. Fascinated by the intersection of entrepreneurship and technology, Briggman previously directed an innovation hub in Cambridge, Massachusetts. Though she loved the Boston area, leading Activation is a good fit. “I really leapt at the opportunity to design a model that will work in a smaller town, a town that looks more like where I grew up,” Briggman says. “Because if we can figure out how to make a model like that work in the smaller towns, then you’re talking about the potential to really transform local economies.”

From his division at VEDP, David Devan works on economic development strategy, improving the fundamentals of business attractiveness for regional and statewide growth. After serving in the Marine Corps for seven years, Devan earned his MBA from the University of Virginia and went into investment banking, but it lacked the impact and mission orientation he craved. Now he’s growing his team, focusing on site development and capitalizing on business trends coming out of COVID-19, as well as the state’s emphasis on expanding talent for its fast-growing technology sector. “Our top priority is that all regions participate in Virginia’s growth,” says Devan, a 2021 Lead Virginia class member.

These days, Amy Greear stays busy trying to raise
$2 million to pay for scholarships and infrastructure improvements at Mountain Empire Community College in celebration of the school’s upcoming 50th anniversary. When Greear, a former newspaper reporter and communications director, considered taking this job three years ago, she hesitated, knowing she feels uncomfortable asking people for money. Luckily, she’s found it easier to fundraise by simply talking about how Mountain Empire improves lives. A 2021 Lead Virginia class member, Greear also runs a side business with her husband, Burke, restoring and preserving cemetery monuments. “Usually cemeteries are in the most beautiful places,” she says, “so I get to spend my weekends looking out over beautiful mountain views and reflecting on life.”

After serving as executive director of the American Red Cross’ Northeast Tennessee chapter, Kalen Hunter returned to Southwest Virginia two years ago to put down roots with her husband. As a regional program director for the state’s GO Virginia economic development initiative, Hunter emphasizes regional collaboration as a means of diversifying the economies of the region’s 13 counties and three cities, as well as to retain talent through initiatives promoting affordable housing, child care and bustling downtowns. Partnerships with planning district commissions, economic development officials and higher education institutions make what the organization does possible. “We might not see it a year from now, or even two years from now, but what we’re doing today is going to make a positive impact for future generations,” says Hunter, a 2021 Lead Virginia class member.

Kristy Johnson moved to Halifax County in 2008 from Georgia and immediately immersed herself in her new community, becoming the first woman to serve as mayor of the town of Halifax. In September, she became director of the county’s industrial development authority, where she’s worked in various roles since 2009, advancing business retention in the county, and making it a place where people want to live and work. Halifax County has created a Community Wide Strategic Plan, a follow-up to its previously completed Vision 2020 plan. “Halifax County has a tremendous base of community-minded, engaged citizens who have devoted countless hours to planning and working towards the goals set out in those plans, [and] I believe if we continue that work, we will reap the rewards of our efforts,” she says.

A Virginia Commonwealth University alum who hails from New Kent County, Floyd Miller has led Richmond’s small, women- and minority-owned business booster organization since 2017. “I think Richmond is really progressing and becoming one of the great places, especially for entrepreneurs,” says Miller, who was previously senior director of urban programs for Special Olympics Virginia. In his spare time, Miller is a fan of the L.A. Lakers and the New York Yankees and enjoys traveling with his wife, Holly Byrd Miller — especially to Miami. They live in Henrico County with their Maltese-poodle mix Carl. Miller’s goals for 2022 are to continue supporting local businesses by helping them get access to capital funds, as well as using technology to stay connected and working collaboratively.

Dan Pleasant takes pride in his commitment to community engagement, especially in rural Virginia. An executive for more than four decades at Dewberry, a Fairfax-based nationwide professional services firm with roughly 800 Virginia employees, Pleasant also serves as chair of the Virginia Economic Development Partnership’s board of directors. The board’s longest-serving member, he will be helping choose a successor for exiting VEDP CEO Stephen Moret, who Pleasant says “transformed [VEDP] into a high-functioning organization,” landing deals such as Amazon.com Inc.’s HQ2 East Coast headquarters. Through his work with VEDP and the Future of the Piedmont Foundation, which supports economic development in Danville and Pittsylvania County, Pleasant is helping craft strategies to help rural Virginia communities bounce back from economic losses of recent decades.