The purchase included $210 million of assumed debt, of which $125 million was to be settled in Telus subordinate voting shares.  Approximately $160 million will be reinvested by certain eligible management team members and settled subject to certain performance-based criteria, and the remainder was to be paid in cash upon closing.

Majority stakeholder Insignia Capital Group also sold its stake in WillowTree, after having invested in the company in 2018.

According to Wednesday’s announcement, WillowTree will add front-end design-and-build capabilities to Telus’ offerings. Founded in 2008, WillowTree is a software company with roots in mobile app design and development. It has 13 global studios in the U.S., Brazil, Canada, Portugal, Spain, Poland and Romania and more than 1,000 digital strategists, designers, engineers and project managers. WillowTree ranked No. 8 in Adweek’s 2022 list of the fastest-growing agencies in the Southeast United States, and 60th on the national list.

WillowTree works with brands including Fox, CBC, PepsiCo, Anheuser-Busch InBev, Marriott and others. Its 2021 revenue total was $140 million.

Telus is a communications technology company with $17 billion in annual revenue and operates in 28 countries.

In a letter on WillowTree’s website, President Tobias Dengel wrote, “Above all, we wanted to join a company that, like us, treats its employees and clients with respect and cares about the communities in which we work. While TI and WillowTree offer complementary services, at the end of the day, we are in the same business — finding the best team members and giving them the autonomy and opportunities to delight clients.”

Barclays and Rothschild & Co. served as financial advisers on the deal, Shearman & Sterling LLP served as legal counsel, and Scotiabank provided committed financing to Telus International for this transaction.

Telus International to acquire WillowTree for $1.2B

Deal expected to close in January 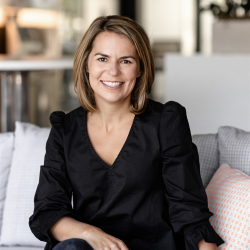